You will have heard some of these before–I know you have, but have you tried them? I challenge you do so this week! Time’s a wasting. Get cracking. 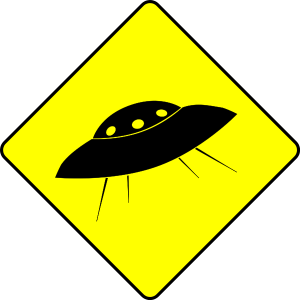 Driving to the story

From the opening of “E.T.,” Katy Perry poses questions that hook you into the song. Who is this person? Is he the devil, is he an angel? How could a person be both things? The contrast captures interest keeps you there until the last beat fades away. She leaps in, she doesn’t take a country drive to get to her point.

Your fiction should do the same thing. Aunt Catherynne told you not to hold back on the ghostpigs, right? So why are you still doing it? Don’t bury them on page five. The editor may never get there. Be specific, be clear, and start with your devils, angels, and ghostpigs. Hook your reader.

“I am ready to go” rules the day. Strike the “was.” Look for strong verbs. Stronger words mean stronger characters and stronger actions.

Here’s one point where I thought pop and fiction might diverge, because you have a smaller canvas when it comes to a song, but! In fiction, it feels like a cheat when a writer says “She was beautiful” and offers nothing else in the way of description. Why is she beautiful? What makes her beautiful to the POV character?

Though you get small bits of description at a time in a song, it contributes to an overall image of a scene, character, setting. Perry layers “E.T.” with description to build an image of an alien (though she also tells us outright that he really is an alien):  touch so foreign, magnetizing, different DNA, fill me with your poison, powers, lasers, and…apparently he vibrates!

Expand the initial thought; there are more layers to “beautiful” or “alien.” Explore them.

Take me, ta-ta-take me
Wanna be a victim
Ready for abduction

It’s clear throughout the song what the ending of this story will be; girl goes off with her alien–she’s ready to be a victim of his abduction! Will they live happily ever after? Based on everything that came before, it seems so.

In short fiction, I too often read about an interesting place filled with interesting characters and conflict. That last paragraph should seal the entire deal with a shiny bow, but often, it ends with “And the alien set out to abduct his human lady love.” Really? Seriously? Does a story end with someone setting out to do something? This feels like the beginning, not an ending.

Also: if you’ve seen the video, you’ll know about the ending, which turns the entire story on its head and has it make a new kind of sense. Fiction should do this more!

Sometimes, you do want an adverb, but overall, I’m inclined to avoid them. While my first drafts are riddled with adverbs, they’re something I destroy on an edit. (And see, made an edit there: “seek to destroy” was my first option, but seeking wasn’t active of me. They are something I destroy, period. Doesn’t that feel better?)

The lyrics here need no modifiers as they are strong enough on their own. Supersonic powers; lasers stun; the kiss cosmic, the moves magic. It’s active, it conveys characters and situation both. When you kill adverbs, you get stronger adjectives: cosmic, magic, supersonic. And stronger words mean…stronger characters and a stronger piece of fiction.

Katy Perry lyrics are property and copyright of their owners. “E.T.” lyrics provided for educational purposes and personal use only.