If you have ever talked with an aspiring writer, you’ve had this conversation:  she or he wants to tell you about a great story idea. 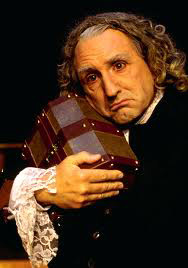 There is nothing wrong with being an aspiring writer.  Every writer has been one, no matter how early success arrived.  Neither is there anything indisputably awry with sounding off about one’s story ideas. (Although I, personally, prefer not to talk about works in progress; not ever.)

But if you encounter this same would-be author months or years later, and find she or he still talking about the same story concept, you can roughly bet on one of two things:

1.  The story idea was never any great shakes to start with.

2.  This grand concept has held back the writer.

Science fiction and fantasy differ from other fields.  Ideas are given a great deal of weight.  An author must, after all, concoct something well outside the trappings of familiar reality.  With fantasy this might start with a world-building notion (a king must balance his power against a magic cult sweeping the land), just as with s-f it might begin with a technological innovation (the rich are transplanted into immortal robot bodies, while the poor still suffer and die).  Part of the allure of these two genres is that they sort of look easy, especially to someone who has spent a lifetime reading s-f and fantasy.  One learns the tropes.  You see stories play out in recognizable ways.  Maybe more than that, you see the dressings of these stories and novels, the lingo and the invented cultures.

If you are of a bent to become an author yourself, you inevitably start with imitation.  Nothing wrong with that either.  Somewhere some professional writer feels flattered.  But if you persist, you will eventually come upon your first original story idea.

Now, of course, it’s probably not going to be terribly original.  It may be derivative as all get-out, in fact.  But it will feel new to you because you did put it together in your own head.  It will also feel like a precious jewel as you lovingly caress it, stunned by its beauty.  You might be tempted to think:  This is it!  The idea that will launch my career!  Hugos and World Fantasy Awards glimmer mirage-like on the horizon.

That is not a bad feeling.  Enjoy it.  In a very real sense, you’ve earned it.

But then, after a respectful interval, go ahead and PUT THAT IDEA INTO A STORY.  Do it now.  Many hopeful writers start out with book-length aspirations or, really, triology and series amibitions.  Probably not wise.  Probably–I’m just saying–you won’t finish any of those projects.  Try a short story, even if that isn’t going to ultimately be the form in which you plan to work.  Short fiction is a great way to exercise the creative muscles you will need.  It is also the most expedient means to put forth your ideas.  Get them onto paper or onto a screen where you can take a good long hard judgmental look at them.

Very likely you will find that your concept isn’t quite what you thought.  That’s okay.  You’ve still accomplished something.  You have set your personal creative apparatus in motion.  Another idea will come, even if you find yourself using some minor or unconsidered aspect from your earlier concept.  And while you’re doing that, still another story tangent might well spring up.

It comes down to this:  the more you write, the more story ideas you are liable to generate.  The very act of writing leads to this.  You start out cranking an unwieldy intimating generator; and after a period of struggle and strain you find the handle turning more easily, and at some point after that the sparks are flying willy-nilly and the whole thing is humming like a dynamo.

BUT:  if you hoard that original idea, and never get around to committing it to anything, you will never get past that early primitive stage of writing.  You’re just that guy who talks endlessly about his or her “greatest–idea–ever.”

Don’t be that guy.

5 thoughts on “Want to Be a Better Writer? Don’t Save Anything.”