My conversation with writers concludes with thoughts on how one crafts the perfect ending to a story. Participating writers include: Luc Reid,  Krista Hoeppner Leahy, Don Mead,  Justin Howe, and Vylar Kaftan. Next time, I pick on some Shimmer staffers for an entirely new round of questioning. 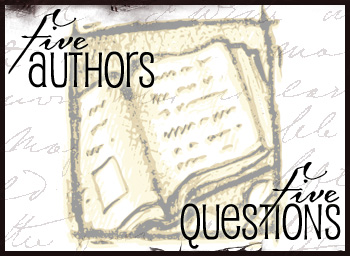 How do you craft the perfect ending for a story? How do you keep an ending from falling flat?

LR: I think a lot of the artistry comes in here, because the ideal ending, to my mind, is surprising but also inevitable. That’s difficult, because if readers can predict what will happen at the end of the story, they’ll tend to check out, but the ending has to be contained in what has come before–or at least be something that brings together the important pieces of what’s come before.

Take Lord of the Rings, for example: of course the Ring has to be destroyed, and of course Sam and Frodo have to be the ones to get it to Mount Doom, because for Sauron to win or for Frodo to fail would be like a kick in the face after everything Tolkien has asked us to invest in the characters. But if they just get there and Frodo tosses the Ring in, then first of all it’s an anticlimax, because what’s exciting about tossing a piece of metal into a crater? Secondly, the corrupting influence of the Ring would have counted for nothing despite being a central theme of the story.

So it usually seems important to have the ending be not just “will this happen or not?” but rather “how can this possibly happen?” For instance, Frodo absolutely wouldn’t turn away from his quest, but if the Ring really has that strong a hold on him, how could he possibly destroy the thing?

Of course, I’m really talking about the climax rather than the ending, but the ending–the denouement–is just an easy wrapping up of the little unanswered questions, like “how do they go back to their old lives?” or “how does he cope with the terrible things he’s experienced?” Once the climax has been reached, everything else is coasting. Making things like buildup and climax work well in a story, on the other hand, are the hardest tasks, some of the things that make writing an art and not just an assembly process.

KHL: Endings are even trickier than titles.  Jeanne Cavelos at Odyssey taught me the importance of the ending being both surprising and inevitable, in order to be most satisfying to the reader, but that’s easy to say and hard to do. I find that if the ending surprises me, that’s a good sign, and usually means other folks won’t think it fell flat. But it has to be true, too. And that often means being brave enough to depart from what I think the ‘perfect’ ending is. Imperfection often makes an ending tug harder at the heartstrings. Partial resolution is one of my favorite tricks. And, this is controversial, but I’m always a fan of stories that leave the reader in the mystery, in the wonder. Which means risking not explaining everything, thus (hopefully) leaving the reader the space to make it perfect.

DM: I’m a little better at endings. I write horror and action, so my endings can be pretty violent with a high body-count. I often add a short section after the big climax—a chance for the characters to think about what had happened and to put it all in perspective. There’s a fancy literary term for doing that. Gene Wolfe once told me the term, but I forget what it was. (I should write stuff down). But the key to a “perspective” ending is brevity.

Of course I get it wrong sometimes. I once got a reply from an editor that I’d mixed up whose story was being told, and that the ending fell flat. But he liked other elements of the story enough to consider a re-write. Luckily, I didn’t have to change the POV to fix it. I just re-wrote the ending to resolve certain conflicts, which in turn, fixed my flat ending. My critique group (which I heavily rely upon) said it was a much better story, and the editor acquired the re-write.

JH: An ending should give off a tone, as if the story were a bell struck by a hammer. The reader should go away still hearing that sound. I avoid perfection. That way lies madness. I strive for some place beyond my best, beyond my last story, going after that moment when the story surprises me. That surprise should be the ending.

VK: If you’ve been writing the story well all along, you should be narrowing it down to the only ending possible given what’s come before. If you get to the end and you aren’t sure if the story will end happily or not, you’ve messed something up in the middle. Almost always, when the ending is broken, it’s because the middle isn’t supporting it. Think of a house of cards. To add the top story to your creation, you need a stable and supporting middle. If it’s not there, the house falls. Furthermore, you can’t put a middle in your house of cards and expect the top to float off to one side; it must sit squarely on the foundation that came before. That’s what your ending is like: balanced on the prior scenes. An ending should close the conflict you’ve set up and add new depth to everything that came before it. If you continually suffer from weak endings in your stories, learn to write middles first.