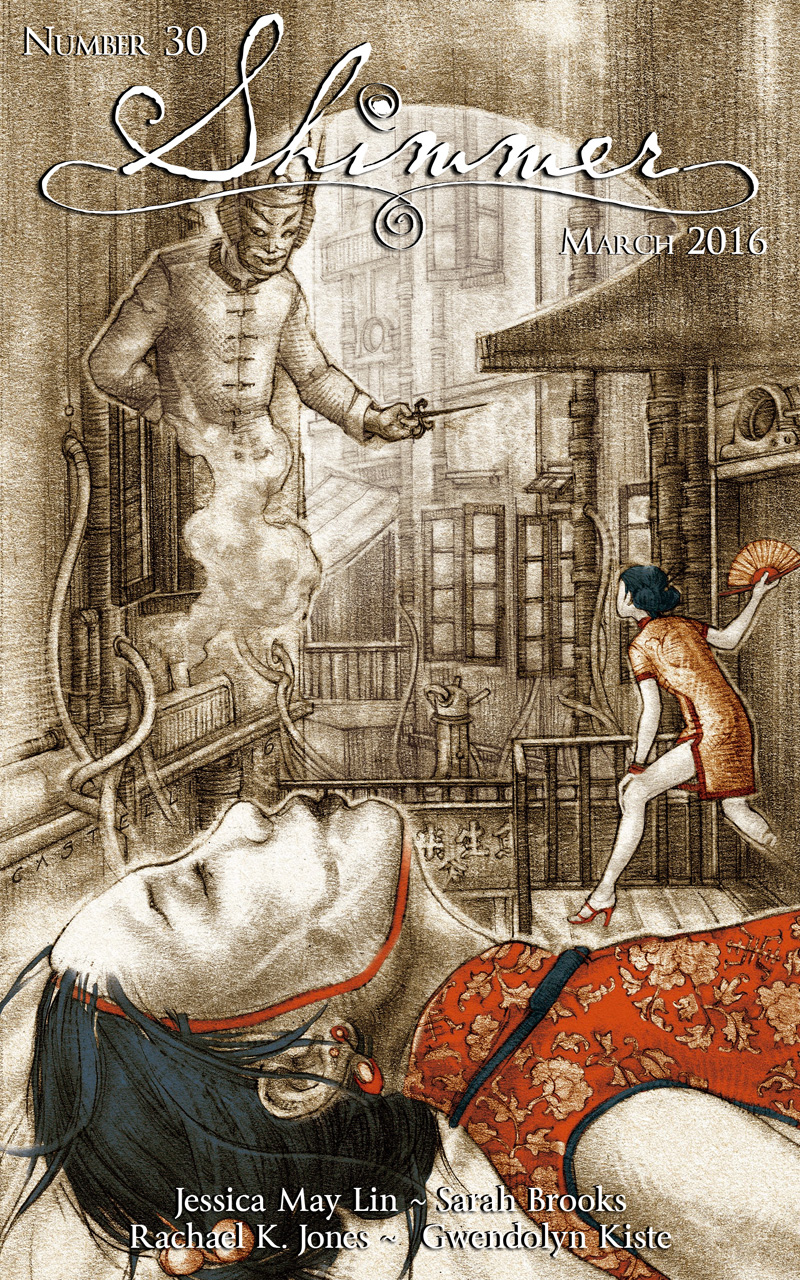 The streaming green Matrix.
The ignition of a blue lightsaber.
The scarlet glow of an angry AI.
The rainbow stars of early warp drive.

The color out of space.
Red shirts.
Redrum.

Science fiction is full of iconic colors, and so too this issue of Shimmer!

Red Mask, by Jessica May Lin Before she jumped, Feng Guniang used to tell me about her suicide, during our cigarette breaks when we danced at the Green Dream, her white-lacquered nails trailing against the web of her fishnet tights. We smoked in the shadowy corners behind the opium dens on Jiameng Street, where the lights from the neon advertising boards couldn’t touch us. The new opium dens are all styled like the old red mansions of the Ming Dynasty, complete with heavy doors twice as tall as we were.

Blackpool, by Sarah Brooks He has chapped lips and a grinning red slash at his throat. He topples over the wrought-iron railings of the pier and into the cold northern sea, where the autumn waves are hungry to swallow him up. He dies in the early morning, when the lights of Blackpool are not on. Nobody sees him fall.

Indigo Blue, by Rachael K. Jones Above the shuttleport ticket line, migrating orison-birds roosted in twos and tens and hundreds on the skylight before lifting and wheeling east, toward the distant winter nesting grounds. Lucy thought glowfall on Indigo must look something like those flashing blue wings refracting the sunlight, but she might never find out, because far up in the shuttleport line, someone else had bought the last ticket to the planet. The last glowing sales-counter sign winked out.

All the Red Apples Have Withered to Gray, by Gwendolyn Kiste
We discover the first girl in autumn. She’s tucked beneath the tallest tree in our orchard, dozing there like a ripened apple toppled to earth. I’m five years old, and the world is still gossamer and strange, my fragile memories like a soft cake that’s not yet risen, so part of me is almost certain that finding a girl one morning, sleeping where she doesn’t belong, must be the most ordinary thing for those who have lived long enough. 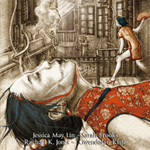