The good news is, zombie unicorns almost never bite. The bad news is, even a tiny scratch from a zombie unicorn horn will turn you into a zombie. Mom discovered that by accident.

Mom was really smart. She was the first scientist to figure out that when the unicorns first showed up, some of them were already zombies, and some of those got bitten by lions or wolves or whatever, and that’s how it all started.

She used to let me watch her work in the lab. I just had to stay out of everyone’s way and not touch anything. She got me a lab coat, and we dyed it pink. I had my own notebook, too, and I’d write down everything I saw her do, and then she’d quiz me about it over dinner.

Anyway, Mom was preparing some samples. She had two unicorn horns. One was pure white and shiny and smooth. The other was gray and drab and had jagged edges. She let me write labels for two test tubes: “normal unicorn horn” and “zombie unicorn horn.” Then she put on a pair of bright purple latex gloves and winked at me. Her gloves and my lab coat were the only colorful things in the lab—everything else was white, brown, or gray. She put a clean drill bit into her drill, then set the white horn on top of a sheet of paper and started drilling into it. Powdery stuff fell out. It looked like fairy dust. When a little pile had collected on the paper, she poured the unicorn dust into the “normal unicorn horn” test tube, put on the stopper, and threw away the paper. 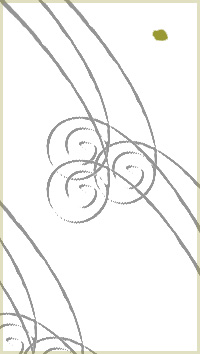 Then she started on the other one. But just then, one of the monkeys shrieked. Mom got startled and cut her finger on one of the edges of the zombie horn. It was just a tiny cut. The kind you cover with one of those Band-Aids that’s a circle instead of a rectangle, and then it just falls off the next day and you forget there was even a cut there at all. But this time, when she took off her gloves, her hand was already turning gray.

I wear my pink lab coat everywhere now. Everyone calls me Science Barbie, but I don’t care. It reminds me of Mom.

After Mom’s accident, I started spending most of my time with the older kids. Jason is fifteen, and Jill and Kyle are sixteen. I thought they wouldn’t want me tagging along, but Kyle said it was okay because I was the only twelve-year-old with enough guts to sneak outside. The others went along with it because everyone always goes along with what Kyle says.

It doesn’t really take a lot of guts to go outside. The fence keeps out the human zombies and the big zombie animals, so all we get are little ones, like rabbits and mice. And the traps get most of those.

I mean, it’s not completely safe. They had to shoot Mrs. Taylor last summer. She was already a zombie when they found her, so they couldn’t tell exactly what happened, but they think she was sitting under a tree reading a book and got bitten by a zombie mouse. She was always doing stupid stuff like that. Everyone knows you don’t sit on the ground.

And then Mrs. Johnson shot Mr. Johnson in their room by mistake one night because she thought he was a zombie, but it turned out he was just shuffling around because he was drunk.

And it’s not like staying inside kept Mom safe.

Sometimes I think Kyle is more afraid than I am. He says we’re all going to starve to death because zombie bees can’t fly, and that means they can’t pollinate, so all the food crops will die. I got really scared the first time I heard him say it. But that night I had a dream, and Mom was in it, and she was alive and normal and human, and she hugged me and laughed and said “have you ever seen a zombie bee?” And then I laughed and we held hands and started singing:

There were more verses, but that’s all I could remember when I woke up. Anyway, I told Kyle there was nothing to worry about—bugs don’t turn into zombies. But he wouldn’t listen, and he kept saying we’re going to starve, so I said hey, one thing we’ll never run out of is zombie meat. And he said you can’t eat zombie meat, because that’s just like biting a zombie. And I felt really stupid, so I said yeah, if you eat raw zombie meat, but maybe not if you cook it.

I didn’t mean we should actually do it. I wished I hadn’t said it. But it was too late to take it back. Kyle said we should cook some zombie meat and feed it to one of the dogs. I didn’t want to do something that mean, but none of the others said anything, and sometimes it’s just easier to go along with what Kyle says.

Jason and I went to the kennels to get a dog. We chose Mrs. Taylor’s old dog. I thought her name was Lady, but Jason thought it was Sadie, so I’m not sure. Anyway, Lady or Sadie or whatever her name was hadn’t had any human attention since Mrs. Taylor died. She was really happy to come with us. I wanted to forget all about the experiment and spend the afternoon playing with the dog, but I knew that wasn’t going to happen. 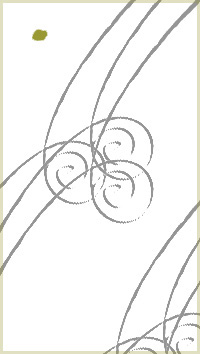 When we got back, Kyle and Jill were roasting a zombie rabbit over a fire. We didn’t know how long to cook it. Zombies are all gray inside, so you can’t judge by the color. Maybe you can judge by the smell. Jill said that when they caught the rabbit, it had that fresh-zombie smell they get right after they turn, sort of like mushrooms and rotting meat. By the time I got there, it smelled like an older zombie-–less like mushrooms and more like rotten meat, with some sour milk and dust mixed in (it also smelled like burning hair, but I think that’s just because its hair was burning). Half an hour later, the burnt hair smell was gone, and the zombie smell was stronger; it smelled like the oldest zombies, the ones that turned three years ago. And the smell kept getting worse. After an hour, we all wanted to puke. That’s when we decided it was done.

The dog wouldn’t eat it. And I said well, I guess this experiment didn’t work, and Kyle said no, we just need to keep her chained up until she’s hungry enough.

And Kyle said, not so fast. The meat was three days old, so maybe it went bad. So we kept the dog chained up another day and cooked another zombie rabbit and made her eat that, and it was the same as before: she didn’t turn into a zombie, but she did throw up. A lot. But at least then we let her go.

I felt bad about what we did to the dog. I started spending more time alone, reading books. Not even reading, most of the time—I found some art books and just flipped through them, looking at the pictures.

One of the books was called Masterpieces of Tapestry, 1400-1600. This was the most boring of all the books, because the tapestries were all super old and faded. I was about to put it down when I saw a picture of one with a unicorn in it. And then another picture with the unicorn being killed, and then one with the unicorn alive again. A zombie unicorn. But that didn’t make sense. I remember when the unicorns first showed up. I was nine.

I ran outside and showed Kyle the book and said look, zombie unicorns were here a long time ago and then they left so maybe they’ll leave again. He said it was just a story and I said how could there be a story about unicorns 500 years before anyone ever saw one? And even he had to agree it might be true. And then everyone just got really excited, and Jason came up with the idea that maybe if we killed all the zombie unicorns, that would cure the zombie disease. I wasn’t sure how that would work, but it seemed like a good idea anyway.

We decided to kill as many zombie unicorns as we could. But first we had to catch them. The tapestry book said they’d come up to a virgin, so I said Jill and I could try to lure them in, but Jill just laughed and said I was on my own. So I sat in a chair near the edge of the fence while the others watched and waited, ready to shoot any zombie unicorns that came close enough. But all I got were regular unicorns, not the zombie kind. After a few days of this, we were all getting kind of cranky, and everyone started yelling at me, and I said it wasn’t my fault—if they wanted a zombie unicorn, maybe they needed a zombie virgin. And everyone stopped yelling and just looked at me.

I wish I hadn’t said it. But it’s too late to take it back.

6 thoughts on “Why I Hate Zombie Unicorns by Laura Pearlman”