Beth Wodzinski, Publisher
Beth’s fiction has appeared in Flash Fiction Online, Apex Science Fiction and Horror Digest, and Fictitious Force. She tests software for a living and admits to a fondness for reality TV, knitting, and dinosaurs. She’s @bethwodzinski on Twitter, and you can follow her latest project at scribesandcrafts.com.

E. Catherine Tobler, Senior Editor
Among others, her fiction has appeared in Clarkesworld, Lightspeed, BCS, and on the Sturgeon Award ballot. Follow her on Twitter, if you must, @ECthetwit, where she sure is enthusiastic about baking, football, outer space, the eternally glorious Carrie Fisher, and the trebuchet. That’s right–she’s into siege weapons. Who isn’t, really? 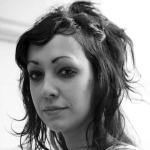 Nicola Belte, Editor
Nicola lives in Birmingham, U.K, and is a part-time barmaid, part-time MA student, and an in-between time writer.  Her work has been published in Spilling Ink Review, What the Dickens? Magazine, and Dogzplot, among others, and you can find her at her blog, here: http://nicolabelte.blogspot.com/

Sophie Wereley, Editor
Her Ladyship Czarina of All Sentences and Most Excellent Taster of Cake, has secluded herself in the mysterious hills of Washington, DC. She has a soft spot for feral cats and a great admiration for guerrilla gardeners. Her fiction has appeared in Daily Science Fiction and Intergalactic Medicine Show. You can find her all over the web, including on Twitter (@sayitwhirly) and her blog .

David Gilmore, Associate Editor
David is a renegade sorcerer who recently escaped a doomed alternate timeline. He’s assumed his doppelganger’s life and lives in St. Louis where he spends his time maintaining a day job in tech and writing when he can. He recently finished his MFA and has had his work featured in The Rumpus. Right now he’s shopping the black market for a Muse and plans to one day start that blog critiquing all things written.

Rajiv moonlights as a writer in Chicago, sunlights in software development, and seeks the dawn where sun and moon share the sky. His stories appear in Unlikely Story and Cast of Wonders, and he randomly generates words on Twitter as @RajivMote and on his blog at rajivmote.wordpress.com.

Suzan Palumbo, Associate Editor
Suzan is a writer, and the the Ignyte Award Co Admin.

Josh Storey, Associate Editor
Josh has only ever had three career ambitions: astronaut, Superman, and writer.  Since he’s no good at math and (as far as his parents will admit) not from Krypton, he’s going with option three. Josh occasionally blathers about writing, comic books, and other geekery on twitter @soless. 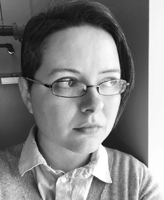 Lindsay Thomas, Associate Editor
Lindsay is a writer based in Denver, Colorado. She can often be found playing trivia at her neighborhood brewery, competing in poetry slams, peering at the sky for funnel clouds, or serving as commissioner of her fantasy football league. Her work has appeared in The Skinny and The Fogdog Review. She tweets and retweets at @finstergrrrl. 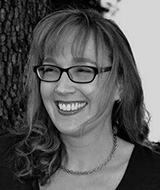 Laura Blackwell, Copy Editor
Laura is a writer, editor, and journalist. Her publications include PCWorld, Strange Horizons, TechHive, and the Ocean Stories and Puzzle Box anthologies. You can follow her on Twitter at @pronouncedlahra and visit her website at pronouncedlahra.com. 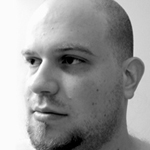 Sandro Castelli, Minister of Art
Sandro was born and lives in São Paulo, Brazil. Working as a freelance illustrator, he collaborates with several national and international magazines and companies. The obscure and the fantastic are his subjects of choice, coupled with a deep obsession for human anatomy. 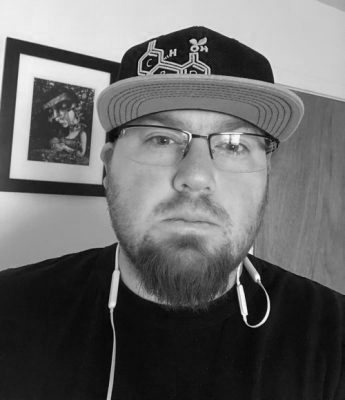 Sean Markey, Minister of Distribution
Sean’s fiction has been published in Strange Horizons and Fantasy Magazine. You can find more of his work at this site, or find him on twitter: @seanmarkey

To explore our former staff,
please visit our Staff Emeritus page!
Once a badger, always a badger!