Your mama adjusted her face mask and checked the chronometer on her eyepiece. Darn it. The filter would only be good for another fifteen minutes. She was nowhere near finished with the job. And this particular theft would fetch a good price on the energy market, what with the price of methane.

She slid the siphon tube across to the capture valve and turned on the suction pump. If your mama could get most of the gas into the polysteel tank on her back…

The filter in her mask failed. A rank, heavy scent of sulfur and dead moss burned into her sinuses. Your mama’s eyes watered. She pressed the filter against her face, trying to snug it up or eke out a few more minutes. The smell only grew stronger, moving past eggs, and into the bowels of hell itself. 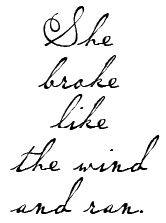 Gagging, she hit the retract button on the siphon. No amount of credits was worth this. Methane or no. Energy crisis or no. Your mama would rather steal diamonds than deal with one more fart job.

You watch your mama through the bathroom doorway. In one hand, she’s holding a plunger; the other is sheathed in a dripping rubber glove. Her shoulders are slumped. She sees you, and points at the toilet. “Really?”

Coming out of the wormhole, your mama felt along the sensors leading from her brain housing to the detectors on the ship’s skin. Really, it was the outer hull, but to her the background radiation of space felt like wind on her skin. Almost.

“Location. Lunar orbit around the planet Earth.” She opened a viewport for her passenger.

Her sensor showed nothing out of the ordinary. “We are in lunar orbit.”

“Yes, yes, but something else is, too.” He leaned closer to the viewport. “Can you not see it?”

“Negative.” Your mama adjusted her sensors along all frequencies, but still perceived nothing out of the ordinary. “It must be masking electronically. What are you seeing?”

“What appears to be a demolition ship.” He fiddled with the end of his towel and frowned. “The darn thing is glowing and—Bother.”

The destruction of the Earth was all too clear in her sensors, lighting up the inside of her brain like a firestorm. The radiation played over her skin and flared in her sensors.

“Damn.” He turned from the viewport. “Plot a new course…just pick someplace.”

She skipped back in the wormhole, and the dark closed around her until all that remained was the memory of warmth on her skin.

In the rear view mirror of the car, you can only see your mama’s eyes. The heat is glaring through the windows and making your skin stick to the vinyl seats with sweat. She’s glaring at you. “I’m not just a taxi service, you know.”

The difficulty wasn’t breaking into the Cambridge library, it was in finding the right piece of microfilm. Your mama pretended to straighten the back seam of her stockings as a librarian went by. Her informant had left the nuclear codes on a piece of microfilm in a dead drop, which seemed like a good idea before they began to recatalog the collection.

The librarian went into the restricted area, and your mama slid a foot into the door to stop it. She counted to ten, so the librarian would be clear, and went in. From there, it was just a matter of slipping through the stacks until she reached the rare books. Who would have expected a children’s book to wind up here?

Footsteps alerted her, and your mama snatched the volume off the shelf. Pulling her gun from its holster in her garter, she pressed herself against the shelves and crept to the end of the aisle. With the massive shelves masking her, she waited until the librarian walked past, head down in a book.

Letting out a sigh, she tucked her gun back in its place and turned her attention to the book. The microfilm was in the spine, so all your mama had to do was pull it out and… there. 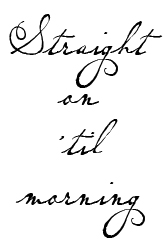 She had the codes from the Soviets. No doubt, they would be seriously annoyed to have been thwarted by England’s spy network. And, of course, a signed first edition of Peter Pan.

Your mama put the book back on the shelf. And now, she would slip out of the library and head straight on ’til morning.

You have nowhere to hide. Your mama holds your report card and the book you’d hidden it in. She is slowly shaking her head. “Do you want to explain this to me?”

Your mama stared at the moon through the viewport of the space station. The goddamn airlock was jammed. How the hell was she supposed to get outside before the change hit without the key? And who thought that a chain was a good idea for an airlock? Her bones ached. The inside of her spacesuit was starting to chafe.

Right. She didn’t necessarily need the key; all she had to do was break the chain. The catch was that if she waited long enough for the lycanthropy to shift her to wolf state, with the necessary strength to break the chain, then the helmet probably wouldn’t fit her. Growling, and knowing that was a bad sign, your mama stepped back from the airlock. She had another hour, at least, before the moon swung far enough in its orbit to be fully in the light of the sun and out of the Earth’s shadow. So, who would have locked the door? Because it turned out that she really did need the key. Sheppard? Grissom? Arm—Armstrong.

Baring her teeth, your mama pushed off the airlock and shot down the corridor to Armstrong’s cubby. “Did you chain the airlock?” 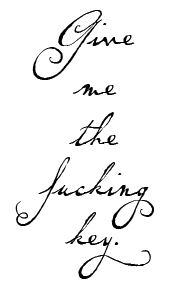 “Do you want me to tear your throat out?”

“Give me the fucking key.” Your mama’s fangs were showing and caught on her upper lip. She reached out, snatched the key from his shaking hand. With a snarl, she jammed her helmet on, past her lengthening snout, and fled to the dark side of the moon and her humanity.

You tiptoe through the room so you don’t wake your mama. Your mama got sick once a month, but she always tells you not to worry. She lies on the sofa with a hot water bottle tucked against her stomach. When you bump a table, she cracks one eye. “Hey, sweetie, need anything?

The steam hissed around your mama and her dance master as they stepped out of the brass and oak cabinet of the time machine. This time, they had emerged in the alley behind the theater.

She looked to the right, where another incarnation of herself was hurrying to the theater for the audition. “Stop her!”

At her command, a brass automaton stepped out of the time machine and intercepted the previous her. Your mama turned her back on the cry of surprise from her former self.

“Come on.” She beckoned the dance master. “I want to get inside and warm up.”

Her dance master stared past her. “That was you?”

“Yes.” Your mama snapped and strode toward the theater.

“You were so young…”

“Young and inexperienced and I screwed up the most important audition of my life.” Even after all these years, the memory of falling off her pointe shoes still burned.

“Did you try again?” He wasn’t following her.

“I am now.” Why else would your mama have spent years building this time machine and working with the dance master?

“I mean…did you go to the spring audition?”

“How could I, after that humiliation?” She stared at her past self, who hung confused and frightened in the automaton’s grip.

“That’s…that’s what being a dancer is. Getting up and continuing. Everyone falls sometimes.” He stepped away, back to the girl she had been. “Would you like to go over your routine?”

“What are you doing?” Your mama put her hands on her hips. “You’re supposed to help me with my audition.”

Your mama hands you a tissue. “Don’t listen to them.” She ruffles your hair and her fingers are rough from work. “You can be anything you want to be. Okay? I believe in you.”

Mary Robinette Kowal is the author of The Glamourist Histories series of fantasy novels and a three time Hugo Award winner. Her short fiction appears in Uncanny, Tor.com, and Asimov’s. Mary, a professional puppeteer, lives in Chicago. Visit her online at maryrobinettekowal.com.

Hic Sunt Leones, by L.M. Davenport – It’s true that the house walks. It’s also true that you can only find it if you don’t know about it. Once, a boy in my high-school art class drew a picture of it, but didn’t know what he’d drawn; the thing in the center of his sketchpad had ungainly, menacing chicken legs caught mid-stride and a crazed thatch roof that hung askew over brooding windows. I knew it was the house right away because his eyes had that sleepy, traumatized look that people get once they’ve seen the house. I was used to seeing this look, mostly on my mother’s face.

Painted Grassy Mire, by Nicasio Andres Reed – Heat like a hand at her throat then a breeze kicked up from Lake Borgne to swat Winnie sweetly across the face. One of those breezes every hour. A muddy, warm thing that got her through the day. What would life be without a breeze off the lake? Nothing. Nothing, just everyone gone to moss and decay.

Palingenesis, by Megan Arkenberg – Every city has an explanation. A strike of coal or silver that brought the miners running, or a hot spring that holds the frost at bay. A railroad or a shift in the current. Most people say this city started with the river. The water is everywhere you look, sluggish and brown most seasons, bearing the whiskey-smell of peat out from the forest, and carrying nothing downstream except mats of skeletal leaves. Seven bridges straddle the river between First and Barton Road as it winds through a downtown of antique stores, the crepe-streamered American Legion, the purple house advertising tarot and palm readings.