The war is over, we hear. We’ve lost. We look at each other in the dark. What does this mean? We’ve lost so much already. What is it we’ve lost now?

One after the other, we go outside. The sky is draped like a shroud over the town. The sun behind ash and smoke. From our houses. From our fields. Our gardens. A bird hangs in the air, undecided. Can birds still fly now we’ve lost the war?

The foreign boys who are stationed outside have heard they won the war. They drink wine. They fire their guns. They laugh, the victors. Horsed, they circle us. They hoot and jeer. The victors. The stallions. Last night they were weeping at our feet in the dark.

The boys are gone. It’s just us now. Women. Girls. Every morning, we step out of what remains of our houses and collect the rubble in piles on the street. I used to grow chrysanthemums in my garden. Now it’s sown with cigarettes and shards of glass. The victors’ seeds. I wonder what will grow.

At night we retreat inside. I check on the little mummy that lives in the dark room in the back. Will it stop breathing now we’ve lost the war? I kneel by its side and watch its chest rise and fall, rise and fall, until I’m lost to sleep.

I dream of wedding rings. They come out of my belly button, dozens 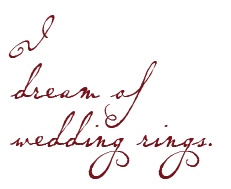 and dozens of wedding rings. I spread them out on the floor and search for my own, but I can’t find it. Then, I remember; it was one of the foreign boys, long ago. After he was finished, he took the ring off my finger. As payment, he said.

We’ve piled the rubble high, gathered everything we can use: bricks and stones, cement, window frames and planks and metal rods. We stand by our piles and wait for someone to come and build everything back up. Not because we can’t do it ourselves, no. But if no one comes back, what would be the point?

The glass in my yard is still gleaming beneath the soil. It’s yet to bloom.

The man comes early one morning. His khakis are worn and dusty. They hang off him, too large for his frame, or his frame diminished from wearing them for too long. We don’t know him. Is he a victor? Is he one of our own? He seems our age. His hair is black and sleek like a crow’s feathers. His features slender, his fingers long and thin.

He starts picking my pile of rubble apart. He loads the stones on his back, the planks, the rods. He kneels by my house’s crumbling wall while I look on. He nods at me. We don’t exchange any words. Do we even speak the same language? He mixes dirt with water for my wall. My glass garden catches the dim light of the sun.

At night, I pull him inside. He’s cut his hands on the glass. I clean them with water and soap. His skin is soft. I want to kiss it. Do we still kiss now we’ve lost the war? He cups my face in his palms. I trace the gentle outline of his chin, the beautiful angle of his cheekbones.

I take him to the back room, show him the mummy in its bed. Its breathing forever the same. “It’s been here a long time,” I say. “Ever since they took my son.” He looks at me, but I don’t know if he understands. “If you don’t mind it, you can stay,” I add.

When he slips under the covers with me, khakis shed and grime washed off, his body is warm and smooth and supple. His body like mine. We don’t make a sound. All I can hear is the mummy’s breath in the dark.

Later, I dream of crow’s feathers and silk.

Months pass, but no others come to our town. We finish fixing my house, and together with the other women we rebuild the rest. The women ply him with gifts of whatever they can spare, but he accepts none. I fear they’ll find out how unlike other men he is when they touch his slender arms, when they stand too close to him, peering at his long neck, his beardless, stubbleless chin. But nobody says anything. They smile when they see him coming home to me every night. Are they bitter? Are they lonely? Do we get to feel lonely now we’ve lost the war?

Soon, we marry. There’s no priest. No rings either. The women stand us one next to the other, shoulder to shoulder, same frame, same height. They rain flowers on our heads and wash our feet with cool milk. “You’re wife and husband now,” they say. “Kiss.” We still kiss, after all. The women cheer. They hug each other. Bitter. Happy. There are blades of grass sprouting amidst the glass in my yard. My man smiles, but he doesn’t speak.

Nobody wishes us children. “For all we’ve lost, there’s true joy here,” they say.

Back at the house, the mummy is still breathing. Despite all the joy.

My man, he lets his hair grow out. He ties it into a ponytail when he goes outside to chop wood. I watch him from the door, how he swings his axe up and down. My man. He grunts every time he brings the axe down on a log. He hasn’t spoken a word in all the time we’ve been together. I wonder what his voice would sound like. He sees me and dries his brow, a solemn look on his face.

Later, I find him standing over the mummy, trying to smother it with a pillow. He’s crying. I touch his shoulder and slowly take the pillow from his hands. His hair cascades down his back, darker than ever.

At night, I offer to braid his hair like I do mine. He lets me.

We lie in the dark, the mummy’s soft breathing droning on, lulling us to sleep.

My man’s voice is deep, it turns out, like a river.

He never speaks to me, but he starts singing one night when we press our bodies together in bed. He sings all night long. Melodies I’ve never heard before, in a language I don’t understand. It makes me think of the boys, the victors, how they cheered and laughed all those years ago.

In the morning, I lay my head on the mummy’s bed, check if its chest is still moving. When he sees me, my man answers with a song of drawn-out vowels and sharp turns that cut like glass.

The mummy breathes in slowly, then exhales before the song ends. 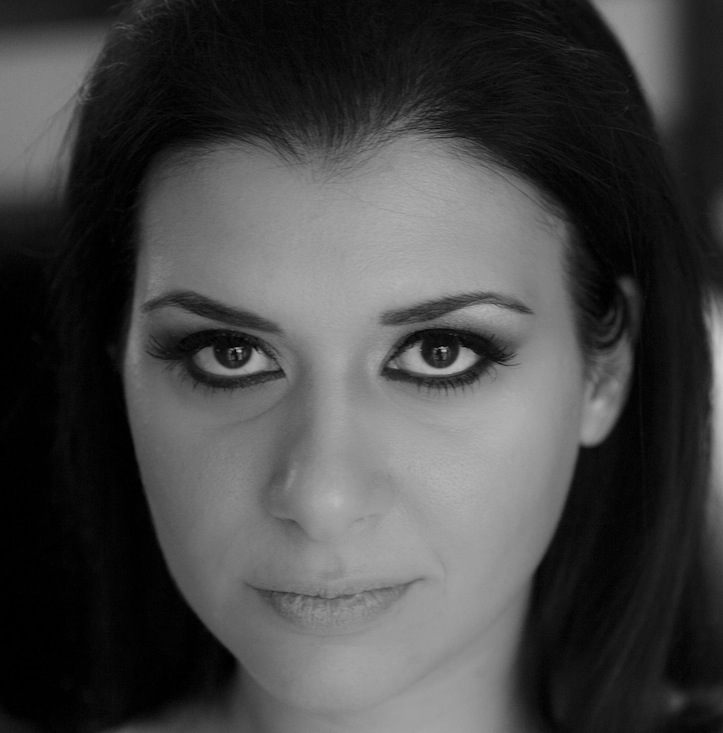 Natalia Theodoridou is the World Fantasy Award-winning and Nebula-nominated author of over a hundred stories published in Nightmare, Uncanny, Clarkesworld, Strange Horizons, F&SF, and elsewhere. Find him at www.natalia-theodoridou.com, or follow @natalia_theodor on Twitter.

Red Mask, by Jessica Lin May – Before she jumped, Feng Guniang used to tell me about her suicide, during our cigarette breaks when we danced at the Green Dream, her white-lacquered nails trailing against the web of her fishnet tights. We smoked in the shadowy corners behind the opium dens on Jiameng Street, where the lights from the neon advertising boards couldn’t touch us.

Palingenesis, by Megan Arkenberg – Every city has an explanation. A strike of coal or silver that brought the miners running, or a hot spring that holds the frost at bay. A railroad or a shift in the current. Most people say this city started with the river. The water is everywhere you look, sluggish and brown most seasons, bearing the whiskey-smell of peat out from the forest, and carrying nothing downstream except mats of skeletal leaves.

Dustbaby, by Alix E. Harrow – There were signs. There are always signs when the world ends. In the winter of 1929, Imogene Hale found her well-water turned to viscous black oil, which clotted to tar by the following Monday. A year later, my Uncle Emmett’s fields came up in knots of blue-dusted prairie grass rather than the Silver King sweetcorn he seeded. Fresh-paved roads turned pock-marked and dented as the moon. Tractor oil hardened to grit and glitter, like ground glass.