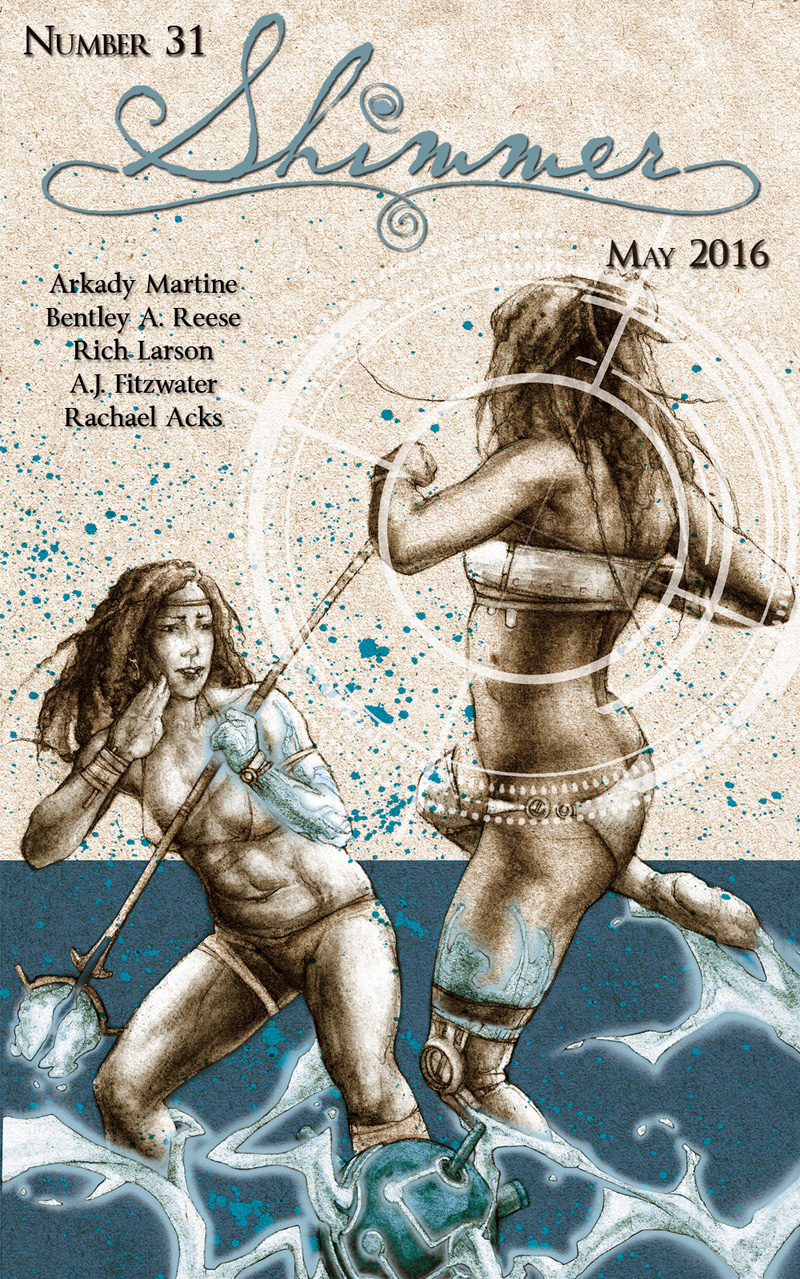 Our five May stories contain unique voices that will carry readers to beautiful and tragic places, be it to distant star empires, robot-infested cities, the cracked world in the wake of an earthquake, or the inner chambers of the human heart.

All the Colors You Thought Were Kings, by Arkady Martine
Moonrise glitters dull on the sides of the ship that’ll take you away. She’s down by the water, her belly kissing the sand and her skinny landing-legs stuck out like a crab. You and Tamar watched her land, stayed up half the night like babies staring at their first meteor storm, peeking over the railings of Tamar’s balcony and marveling at how the falling star-glimmer lit up the lights under your skins like an echo. You two have been full up with starstuff for as long as you’ve been old enough to go outside the crèche by yourselves. Now you’re almost home.

Suicide Bots, by Bentley A. Reese
The car won’t go faster. Why won’t it go faster? It needs to go faster. We’re laughing. I grind my foot against the gas pedal. I stand half off my seat and lay into it. I scream at the gas. The gas is no good. The gas needs to go faster.  I hear plastic snap and the pedal breaks under my foot—we go a wild two-thirty. We fly across the road. The Mustang’s engine punches out of the hood. A steaming, choking monster, it wants us to want it. I wanna ride it. I want to ride the engine screaming and burning into stupid oblivion. I’ll rut the world so it remembers I existed. So I remember that I existed.

Define Symbiont, by Rich Larson
They are running the perimeter again, slipping in and out of cover, sun and shadow. Pilar knows the route by rote: crouch here, dash there, slow then quick. While they run, she ticks up and down the list of emergency overrides, because it has become a ritual to her over the course of the long nightmare, a rosary under her chafed-skinless fingertips.

An Atlas in Sgraffito Style, by A.J. Fitzwater
It’s the third month after the cities collide when the women dance out of the walls. They are the worthy women, the terrible, bright, ugly, and genius. Terrifying puppet vandals. 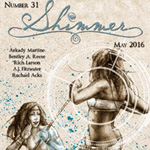