He first learned to speak sitting outside their windows at night. A veil of kitchen or living room light above, watching the shadows of suburban rose bushes and apple trees drift in the yard as he listened. Family dinner. A TV. A radio. Two lovers screaming at each other. An old man talking to a brightly colored bird. The words were too soft for his mouth, and his mandibles ached as he whispered a garbled, carapaced version of human speech to himself and to the washed-out sky. In the direction of his lost home. 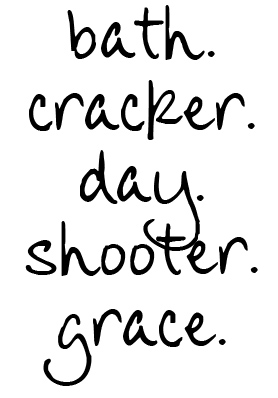 He ate dogs and cats those first few weeks. He slithered through bushes and sewers in a rush of dark limbs and shining black exoskeleton. He stole clothes, and learned to stand in a way that hid the shape of his body. But nights, he would return to the windows. These square lives were his churches of humanity.

I feel lethargic. Let me see your phone. I believe you. Are the children sleeping?

He mimicked sounds. The scent of faraway rain and wet grass was wildly exotic. And his eyes always on the invisible stars. Meaning would come later.

When he could speak, he spoke with an accent no one could quite identify. They always assumed he was from some form of wasteland. The unpopulated plains of Siberia. The crumbling stone battlefields of the Middle East. The blood-soaked sands of African apartheid. Their ignorance astounded him. The way they wanted him to be tragic in some way, to bare something for them. He wanted to please them, so he tried.

“I am from far away. Very sad place,” he said in his exoskeletoned English. It did make him sad to think of it, but not for the reasons people assumed. He was interviewing for a job sorting mail for a small delivery company. He had taken the name Asunder because it sounded foreign and hard in English, and people reacted to it almost with a kind of pity. His many limbs were wrapped around his long body in a kind of lonely hug. One set of limbs extended through the arms of his trench coat, and he walked on another two sets in a wobbly facsimile of a human gait. He looked very tall and thin, with bony, strong arms.

“Don’t matter to me if you’re from the damn moon,” the company man said. He was dressed in red plaid, and was greasy and distended, like a balloon. And the sight of him made Asunder giddy. The man was beautiful and bizarre. Asunder wanted to shiver in delight, but the clicking sound would have disturbed the man. “Can you work nights? By yourself?”

Work was a blessing. He shed his coat and hat and scarf and baggy pants and stretched his many sets of limbs and rolled the many joints along his body. The satisfying scraping of his armor. The scent of ink and paper. He hissed with pleasure. Then he dragged the large sacks of mail and sorted them into smaller sacks and bins in a blinding flurry of dark limbs. In that time, he felt free and high, like the tireless circumlunar runners or the Aurora canyon divers of his home. There was a kind of high that could only be achieved in exhaustion or in free fall. He would finish his work in an hour, sometimes less, then would pick through the envelopes and read the addresses and names, especially of the red-and-blue-bordered international envelopes.

Asunder imagined he was from these places. These letters were to him. Sometimes he would carefully unseal and read them. He was sitting on a terrace in Egypt, watching the red sun disintegrate the horizon, and an old lover in America was thinking of him. Or his daughter was sending him money for his medication and for masa and oil. Or it was snowing outside, and the lights of Dresden were illusory and cold. The barrier between himself and his home shrank to the thickness of a single sheet of paper, through which he could see the lights of his city, deep red and white.

When he ran out of interesting letters and got bored he would leave. Wrap himself in his human guise and wander around holding himself. It was cold, and the delicate streetlights made him want to shiver and click his mandibles in appreciation. The 24-hour markets, brilliant on their corners. The threads of cigarette smoke drifting from the bars made him dizzy. The knock of his almost-empty shoes, two sets of thin, strong limbs jammed into the ankles of each, on the pavement was solid, and reassuring. Sometimes he sat in a diner and ordered coffee, which he drank with a straw pushed up through the folds of his scarf.

“Good night,” he said to the waitress. She smiled, but said nothing, and he set down his coffee. She was older and had loose skin and a lisp, which he guessed embarrassed her, though he thought there was a kind of beauty in the way words slid out of her mouth like the way far-off taillights would sometimes slide and twinkle and smear against the night. 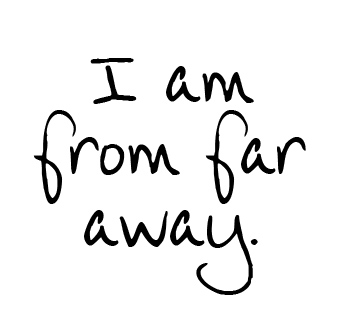 The coffee was bitter, but he soaked it in sugar. The radiating heat from the cup excited him, and he touched it, then moved his limb away, like a child. He tried to get the waitress to talk with him.

“Isn’t everybody?” she said, and her sliding words made him hiss softly.

At dawn he walked to the butcher’s shop and bought three pounds of raw meat. It was so available here. On his home, they farmed fleshy, tuber-like animals for the protein and ate worms and other small, burrowing creatures with fur like crinkled steel. He tried not to think about it, because it made him nostalgic and melancholy, but he could not control his dreams.

His planet was iron-red and covered in good soil. Loam and clay, made warm by a very close star. The soil was thick and very good for digging and sleeping in. The smell was rich, and not unlike the scent of bad diner coffee. He was a scientist there, and a rocket pilot, and a cartographer of the stars. He had many dozens of children and lovers, all of whom had seen him off many years ago. Sometimes, when he felt very lonely waiting for a bus or reading undeliverable mail, he imagined descending from the yellow clouds of his home world, in his repaired saucer, and the red land glowing in the light. The many-legged shadows of his family still waiting for him. Rushing across the plains to greet him.

During the day, when thick clothing was less acceptable, he retired to a rented storage shed where his saucer was stashed. He did his best to work on it with human tools and parts that were fragile and that sometimes bent between his limbs in frustration. He would like to go home, but knew this was likely impossible. His saucer had malfunctioned in-warp, and it had taken all he had as an engineer and pilot to control-crash it into the shallows of a warm sea on a livable planet. The Earth’s moon was high that night, terrifyingly white and pitted. He dragged his ship ashore on a fine beach in a place they called Florida, spitting salt water and gnashing his mandibles. His species could lift many times their own weight, and he dragged the saucer with his bare limbs, random growths of red coral cracking beneath him as he half swam toward the shore. The air was thick and sweet with sand and beach grass, and he lay out on a strange and beautiful beach and shook and thought he was dying.

There was no way home now. The tools and materials he could acquire were strikingly primitive. He was lonely and strange, as outsiders always are, especially in foreign lands, but that was all right, because he was also alive.

“Alive,” he said in his battered language, drawing out the fine edges of

the word. That should have been his name.

He chewed meat in one pair of his limbs, and tried to weld a steel composite sheet to the nano-carbyne hull of the saucer with another. With a third pair, he carefully examined a map in the almost-dark—he had very good vision—and circled electronics and computer stores he knew were open late where he might speak with someone and order a new set of computer processors, which he would try to reverse-engineer and connect to the saucer’s nav systems. With a final pair of limbs he held himself, which was becoming a habit. It was very dark in the storage shed, but the sparks from the welding torch changed the place into something wild and alive. The sparks pumped veins of shadow and light across the walls like a kind of imaginary heart, which madly refused to stop beating. 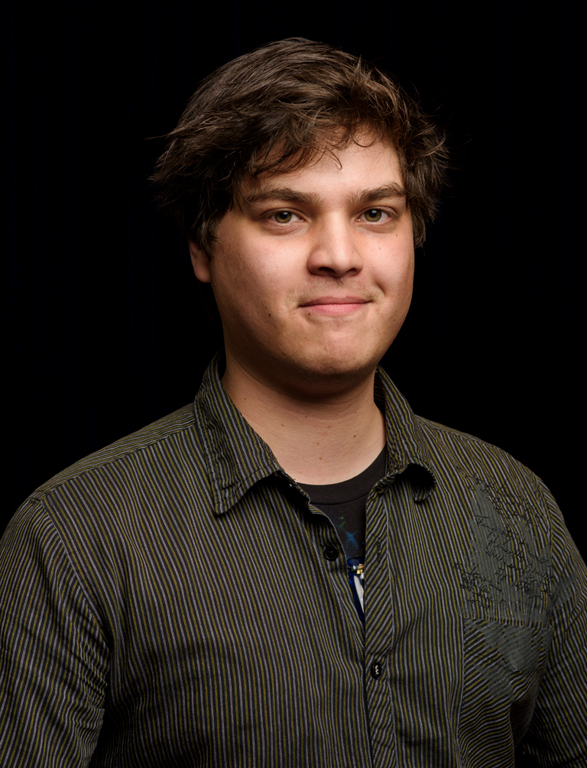 Ryan Row lives in Oakland California with a beautiful and mysterious woman. His work has been previously published, or is forthcoming, in Bayou Magazine, Daily Science Fiction, The Sierra Nevada Review, and elsewhere. He is a winner of The Writers of the Future Award and holds a B.A. in Creative Writing from San Francisco State University. You can find him online at ryanrow.com.

Black Planet, by Stephen Case – Em did not dream the world. When the lights went out and the absence of her brother in the room across the hall became palpable, it was simply there, hanging in the space above her bed. She would stare at its invisible form, spinning silent and unseen, until she slept.

Monsters in Space, by Angela Ambroz – When I think oil rig, I think big metal Viking onslaught in the night. I think tower of the gods, fucking Valhalla, and a screeching guitar solo. My eyeballs of imagination are compelled to perceive beautifully inky black skies, inky black seas, inky black oil. It is, in short, inky black badassery.

We Take the Long View, by Erica L. Satifka – The snow crunches under our boots as us-in-Devora and us-in-Mel trace our way through the Forest-That-Thinks. We pause, waiting for directions. That way. Sunlight pierces through the low-slung clouds. The Forest speaks again and there’s a picture in our minds of the Very-Big-Wrong and the image of a landing site appears in our head. We have not thought of landing sites for a very long time