I distinctly remember a set of submission guidelines from Marion Zimmer Bradley’s Fantasy magazine which said she wasn’t fond of pseudonyms (though had at least five herself). She said that one should shame the devil and tell the truth! Yet, it’s not always so easy, writing under one’s own name. Alice Sheldon certainly didn’t write under her own name. Is it different for men than it is women? Are there still reasons a woman might want to hide her gender when writing in the twenty-first century? Is there a need to hide one’s gender?

Christie Yant and Damien W. Grintalis inspired this post by a brief exchange on Twitter, in which they talked about pseudonyms. Christie said that when she was in junior high, she thought she would write under the name Chris so that no one would know she was female. I can actually understand that idea–it didn’t surprise me in the least bit. 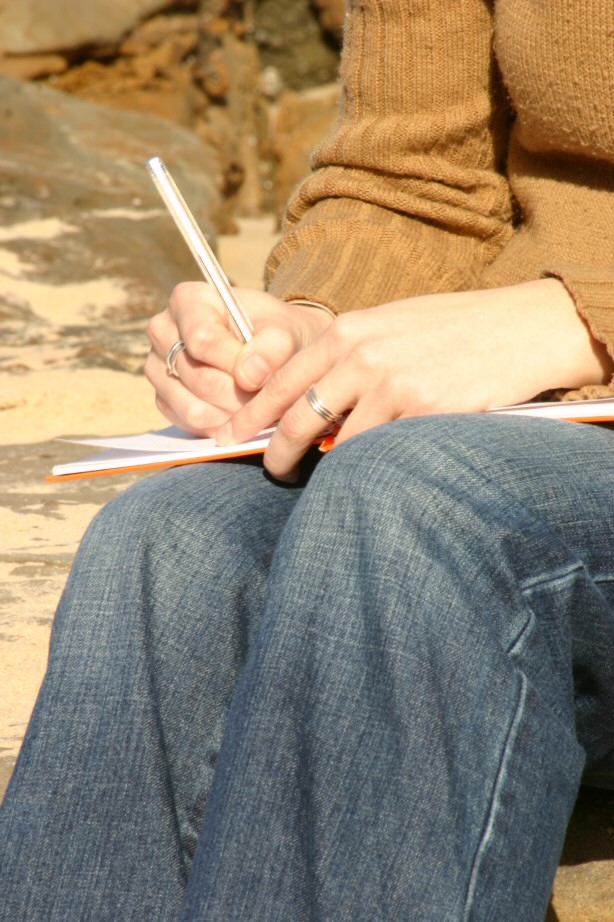 When I first started writing, I went with E.C. Tobler, hoping that no one would know I was a girl. I wrote about sword fights and adventures on Mars and in Camelot; I wrote about strange voodoo dolls that came to life and ate people, and spooky graveyards filled with panthers who turned into sexy women, and I was surely just as awesome as all those men in the magazines I read (F&SF, Weird Tales, Asimov’s). So long as no one knew.

Why couldn’t they know? It’s strange and I don’t entirely know where it came from, but I remember having the distinct impression that I would not be welcome as myself.

When it came to settling on a name though, I went with E. Catherine Tobler, deciding that no editor would spell my first name properly, that no one would ever pronounce it well, either. The E stands for Elise, which is my name and what you should absolutely call me. In person though, I’m regularly called Elsie, Eliza, and even Eloise, by people who are too careless or hurried to take the time to actually put the letters in their proper order. In the end, that’s the only reason I modified my name for writing. Of course now, everyone who doesn’t know me calls me Catherine. That’s not so terrible…and does nothing to disguise my gender–and I’m perfectly okay with that.

I bugged Christie and Damien to talk a little more about this and they were gracious in doing so.

Did you ever consider writing under a pseudonym?

I thought about using either D. W. Grintalis or D. Walters Grintalis as a way to prevent any gender assumptions, but I decided against it. Maybe it’s silly and vain, but I like seeing my name attached to my work. I never considered using a completely different name.

Does an author’s name cause you presume something about the story/book before you’ve read? Do you think there’s a difference as to how readers approach that and how writers approach it?

If I go to the bookstore as a reader, unless I’m looking for a specific book by a specific author, I’ll wander around until something catches my eye. I’m drawn to titles and cover art first. Then I flip the book open and read the first page or two. If it grabs me, I buy it. I’ve purchased many books without even paying attention to the author’s name, which, as an author, seems terrible to say, but as a reader, I’m buying the story, not the writer. Their name/gender/race/ethnicity doesn’t matter.

From a writer’s perspective, though, my purchase method is very different. I buy a lot of books on recommendations from other writers, or I buy books written by authors I’ve come to know via Twitter and Facebook and such, so I already know something about them as a person. And yes, this is contrary to the method I use when I’m in ‘reader mode’. When I buy as a writer, I’m buying a specific author’s story, not just a story that catches my eye.

If it’s a first person story, do you presume the narrator shares the author’s gender?

Do any of your favorite authors write under a pseudonym?

You’re in a curious position of being a female horror writer who has a male name. Has that caused you problems along the way? Amusements?

The biggest problem is also an amusement or perhaps it’s vice versa. Until I started putting a Ms. in front of my name in correspondence, I would be addressed as Mr. Grintalis. It was amusing the first few times, then I found myself getting irritated. I stopped to think about it and really, why wouldn’t someone assume I was a man? At that point I had two choices – stop getting irritated and simply deal with the gender assumption, or add Ms. and acknowledge my gender. I chose to add the Ms.. Why should I hide that I’m a woman? If someone chooses not to read my work based on my gender, so be it. I have no control over that.

But I think my name suits the horror genre well. I imagine if I wrote romance or some other genre that has a predominantly female audience, I might be inclined to soften my name a bit so there would be absolutely no gender confusion. Case in point: I was a professional belly dancer for many years and I used the name Damiena. I wanted to use my real name, but I knew incorrect assumptions would be made if I did, so I added the A at the end to feminize it.

Did you ever consider writing under a pseudonym?

When I was very young I assumed that only male authors were taken seriously and that I would need to hide my gender, so I had planned to write as Chris. I think I even considered taking a different last name, too (I was toying with Constantine at one time, if I recall) for weird personal reasons.

The gender thing is weird, though, because my favorite authors at the time were all women: Madeleine L’Engle, Meredith Ann Pierce, Lois Duncan. But I think I somehow thought they had always been Literary Giants, and were therefore somehow exempt from the limitations of what I perceived to be very much a man’s world.

Does an author’s name cause you presume something about the story/book before you’ve read?

As Robyn (@sheikyurbouti) pointed out, we all have these biases whether we want them or not, even if we become aware of them. So yes, even if I don’t realize it at the time. For example, I am more likely to assume a book is fantasy instead of SF if it’s written by a woman. I am likely to assume there’s a female protagonist.

Do you think there’s a difference as to how readers approach that and how writers approach it?

I think writers are probably more aware of the bias than non-writers are, because it’s our own careers at stake.

If it’s a first person story, do you presume the narrator shares the author’s gender?

Again, my instinctive biased brain says “yes.” Taking a step back, though, and giving it even a moment’s thought, I know it’s not true. I write both male and female protagonists, so why wouldn’t I assume than any other author does the same? But knowing that doesn’t prevent that first moment of seeing, say, “Claire” on the cover and my assuming on some level that between the covers there will be a woman protagonist. This assumption goes against experience and actual fact, but it’s still there.

The flip side of that is if I see initials on the cover, and the protagonist is female, I will probably decide the author’s gender by how the character is written, what happens to her, and how she handles it. THERE IS NO LOGICAL REASON FOR ME TO DO THIS. I keep emphasizing the fact that this is an unconscious thing because it’s a) embarrassing, b) most people don’t even acknowledge that such unconscious bias exists, and certainly not in THEMSELVES, and c) it is not representative of a person’s actual experience or ideals.

Do any of your favorite authors write under a pseudonym?

Yes, one does. Female, using a female name. I don’t know her reasons for doing so.

You mentioned that in junior high, you thought you would write under “Chris.” When did that idea change for you?

I think I still had that idea in my early 20’s, but by the time I got serious about it (at 30) I knew I wanted to write under my own name.

On a related note, there was a point of contention when I told my then-husband that I wanted to write under my maiden name–he didn’t like that, and I actually gave in at the time. I never was published under that name, though, and by the time I finally sold something we had divorced and I had taken back my maiden name.

A female author with many years of success behind her warns the women she teaches on this very point: She has been publishing under an ex-husband’s last name her entire career because that was her name when she first emerged.

Reader, how about you? Hit us up in the comments. Do you write under a pseudonym?

4 thoughts on “By Any Other Name”