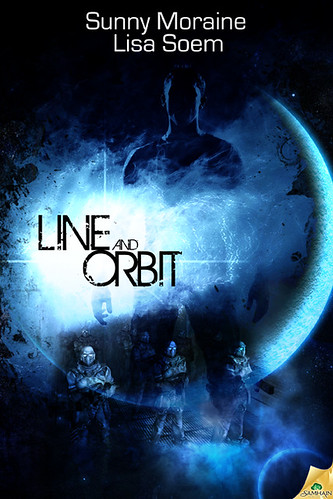 Author Sunny Moraine joins us for a peek into one of the scariest corners of publishing: the writer-editor relationship!

Editors, to the uninitiated, can be worrying and mysterious creatures. I remember the first time I made contact with an editor like it was yesterday. I cautiously approached them about buying a story of mine, and lo and behold: they were interested! Except there was the little matter of some changes to be made. Which of course resulted in panic and potential soul-wounding.

Then I actually looked at the suggested changes and they were no big deal. And they also made the story better.

That was a long time ago and I’ve worked with many editors since. Most of them have been short story editors, but there have been a couple of novellas out of a small e-book publisher specializing mostly in romance, and recently I had the interesting first experience of working with an editor on a novel. I’m not sure what I expected; not, I suppose, for it to be markedly different, and in many ways it wasn’t. But in other ways it was a learning experience – in the sense of reinforcing a lot of what I already knew, more than really bringing anything new to the table.

For anyone who might find what I’ve learned useful, here are my Lessons of the Editors.

This one is tough. I think it’s the natural inclination of any writer to be very protective of the stuff we’ve written; it’s our baby, it’s precious and special and beautiful, and we have a very Particular Idea of how it should end up looking and what we want for it. But sometimes we don’t see it as clearly as someone else does–anyone, not just an editor, but it’s obviously the editor’s job to see as clearly as possible. And almost every time an editor has come back to me with suggestions for changes, it’s only made the story better. In many cases it’s been the solution to some nagging feeling I had that something somewhere wasn’t quite working.

The novel I mentioned above is Line and Orbit. By the time the first draft was done, it was huge. It was close to 150k words long. It suffered from Novel Bloat like no one’s business. In the second and third drafts, I and my co-author pared it down, but when we finally started working on it with our editor, we discovered it could be pared down even more (it ended up at about 114k words). This included the suggested cuts of some stuff that we really loved. But it was Bloat. It had to go.

Know when to stand your ground

This is arguably tougher, I think, because it involves separating your honest understanding of your own work from your huge, enormous, seriously-important ego. There have been a few editorial suggestions over the years that have put me on the defensive and even irritated me (WHO THE HELL DO YOU THINK YOU ARE to suggest that this scene describing the minutiae of space-dinogoat husbandry is unnecessary to the plot) but after a cool-down, I had to concede were correct. But then there have been some others that I honestly knew weren’t good changes.

Quick example: We almost sold Line and Orbit to a well-respected small press that was demanding some pretty major alterations to the fabric of the story. After days of agonizing and flailing and hair-pulling, we decided to walk away. It was hard, because we knew they’d probably do okay by it, but if we’d conceded, we’d have ended up with a very different book than we had. And not, we thought, a better one.

It’s not about you

This is really a continuation/expansion on the two above, but I think it’s a great all-encompassing rule for writing in general. What you produce is you, but it’s not about you. You’re not the most important thing in it. The second that happens, you start to produce less-awesome work, and that’s bad. What matters is how good this thing that comes out of you is, and anything that serves that is ultimately what you should pick up and sprint with, waving it around in the air like a trophy. Because it is one.

Your editor is ideally part of this. You’re partners. You’re Team Whatever The Thing Is What You Wrote. There’s no I in team! There’s also no U in team. Ohhhhh, see what I did there?

Sunny Moraine has published a bunch of short stories in a bunch of places like Shimmer (yay) and Clarkesworld and in the forthcoming anthology We See a Different Frontier. Their first novel Line and Orbit, co-written with Lisa Soem, is available from Samhain Publishing.