Each issue of Shimmer is filled with extraordinary writers. One of the best things I get to do is talk to them and see how they approach their craft. Make no mistake–we also talk a lot about cake and pie and books and if you were a cupcake, what kind of cupcake would you be? And if you were a pie? Why would you be a pie? Why wouldn’t you be a pie!

Over the next month, I’m going to introduce you to the authors of Shimmer #17. Today, A.C. Wise and our cover story author, Katherine Sparrow.

Tell us how this story came about. 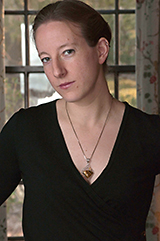 “How Bunny Came to Be” is actually a prequel to “Doctor Blood and the Ultra Fabulous Glitter Squadron,” which, conveniently enough, was just published in the June 2013 issue of Ideomancer. When I wrote “Doctor Blood,” I didn’t necessarily intend to write any other stories about the Glitter Squadron, even though the story plays with pulpy tropes and hints at the Squadron’s ongoing adventures. However the character of Bunny wouldn’t leave me alone. I started thinking about how someone goes about becoming a world-saving hero. I particularly wanted to explore a non-traditional notion of strength. We have several historical examples of women putting on men’s clothing and going to war (Mulan, Joan of Arc), but what about a man putting on women’s clothing? There’s still a stigma in our society surrounding “girly” things and “girly” behavior. More often than not, they are equated with weakness. But there are different ways to define strength, which Bunny proves to herself and the world over and over again.

Read the rest of the interview here. 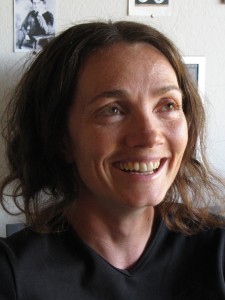 What is it about the circus?
The circus. The circus! It’s the place where we  could go and become fantastic, in every meaning of the word. It’s where women fly, dogs dance, and clowns drive cars with strange quantum mechanics. It’s the dirty tent squatting on the edge of town filled with hustlers, bearded ladies, and con artists and maybe, just maybe, if you are lucky they will take you with them when they go.

Read the rest of the interview here.

Join us for two more authors on Thursday, won’t you? And be sure to peek at the gorgeousness that is Shimmer #17.