Holy badgers, Shimmer had an amazing year! It kinda looked like this: 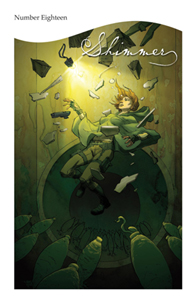 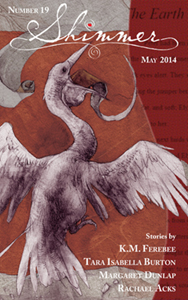 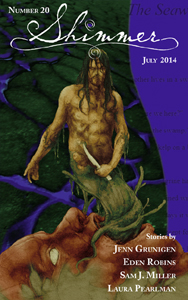 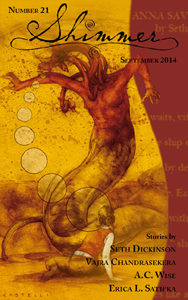 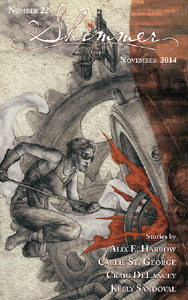 Shimmer went digital this year, and published twenty-eight stories! Of those, twenty-four authors were new to Shimmer, and of those, I believe three authors made their debuts with us. Ann VanderMeer guest edited issue #18 for us; when we went digital with issue #19, we welcomed Robert N. Lee as our creative director. Laura Blackwell joined us as a copy editor, while Sandro Castelli remained as art director.

Overwhelmingly, Shimmer was well received. Lois Tilton of Locus Magazine recommended “A Whisper in the Weld,” “Cantor’s Dragon,” and “The Earth and Everything Under,” and readers seemed to love…everything? What a delight to see stories from Seth Dickinson, Vajra Chandrasekera, Kelly Sandoval, and Alix E. Harrow blow up in social media circles.

Early estimates say that Shimmer badgers wrangled 4500 submissions over the course of 2014. And who are those Shimmer badgers anyhow? A huge shout out to them, because we couldn’t do anything without their paws: Sophie Wereley, Joy Marchand, Nicola Belte, Pam Wallace, and Stacey Janssen. Keffy Kehrli, Cory Skerry, and Gra Linnaea also saw us through 2014, some more dragon than badger.

We are looking ahead to 2015, and whatever it may bring — so far, January 1st brings a kick-ass issue filled with four more new-to-Shimmer authors. Want to be one of those? We reopen to submissions on January 12th.