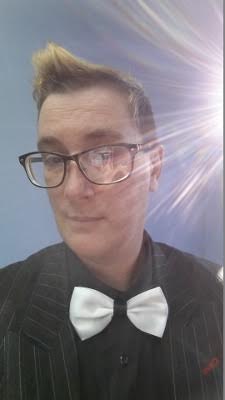 AJ Fitzwater is a meat-suit wearing dragon who lives between the cracks of Christchurch, New Zealand. A graduate of Clarion 2014, they were awarded the Sir Julius Vogel Award 2015 for Best New Talent. Their work has appeared in such venues of repute as Beneath Ceaseless Skies, Andromeda Spaceways Inflight Magazine, Crossed Genres Magazine, Scigentasy, Betwixt, Lethe Press’ Heiresses of Russ 2014, Twelfth Planet Press’ Letters to Tiptree, and others. Daily brain fluff can be found on Twitter @AJFitzwater.