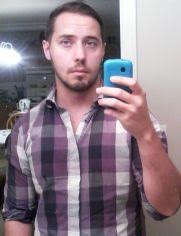 Rich Larson was born in West Africa, has studied in Rhode Island and worked in Spain, and at 23 now writes from Edmonton, Alberta. His short work has been nominated for the Theodore Sturgeon and appears in multiple Year’s Best anthologies, as well as in magazines such as Asimov’s, Analog, Clarkesworld, F&SF, Interzone, Strange Horizons, Lightspeed and Apex. Find him at richwlarson.tumblr.com