AS MINA DROVE, a hush fell over the city, gradually, in tiers, and the white fluffy clouds in the sky above London parted gently to open up a riverful of blue. It was a beautiful day for a ride. She hummed to herself, an old song, and her fingers tapped rhythm on the steering wheel.

People lined the streets, silently, and watched her as she passed. A group of children on the corner of the road held balloons and flags, their faces smeared with chocolate and the spiderweb remnants of candy-floss. They watched her politely, without comprehension, not knowing they were witnesses to something magical. Mina pressed on the accelerator and felt the car thrum around her, an exoskeleton. She was part-woman and part-machine. She swooped down the empty road with the Thames on her right sparkling in the sun. It was a beautiful summer day and a beautiful day for a car ride. The old Shard shone in the distance behind her, visible in the rear-view mirror. 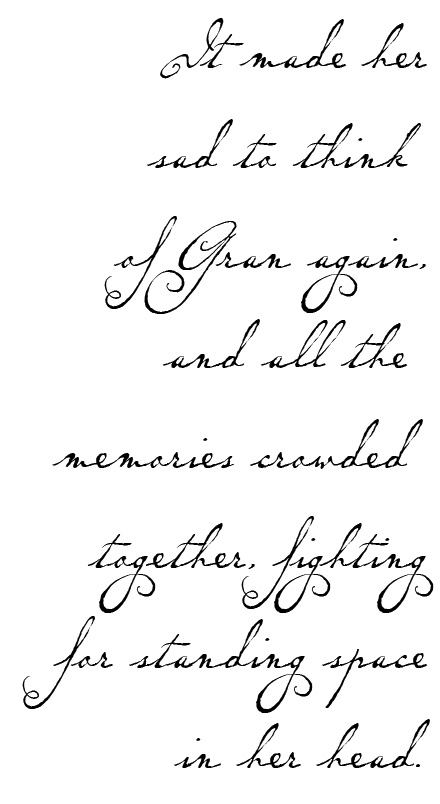 She thought of nothing in particular, her mind skipping like a stone. She’d used to do that, going with her gran to the wildlife reservation at Thamesmead, when the wild horses had come back to London. One could spot grey herons circling in the sky, and flocks of black piratical gulls, great colonies of coots and starlings, swallows and wagtails. She remembered the white of swans against the greenness of the wide Thames, and the beavers busy in their dams. Gran and Mina would collect smooth pebblestones and toss them on the placid surface of the river, counting skips. The car had been her grandmother’s, though they never took the car then, but went by train. Gran had bought it back when cars were plentiful; it was a Beetle, like the band. In old photos you could see Mina and Gran smiling for the camera, holding rags, posing with the car at their back, slick with water.

It made her sad to think of Gran again, and all the memories crowded together, fighting for standing space in her head. She hadn’t consciously thought of this car ride this morning. She had woken up as usual, and had breakfast, leisurely, with nothing but silence for company. The sun played against the dust motes floating in the room. Then she washed her face and dressed and, without any plan to do so, went outside and opened the garage where the old car sat patiently waiting. It was such a nice day, and a wild desire flowered in her—to be on the road, to be free. There was just enough petrol for one more trip.

The road was empty. Ferns had crept along the side of the road and waved to her as she passed. The roots of elms and ash and wild cherry, walnut and acacia had taken hold of the ancient asphalt, breaking out of the ground defiantly, and Mina had to swerve and navigate carefully across various natural and human obstacles. Kids monopolised the ancient roads on their bicycles and pedestrians moved aside and stared at her, wonderingly.

She remembered travelling with her gran in the car, leaving the city, the sun setting over the Thames Barrier and the high rise office buildings of Canary Wharf, where the seals had made their home in the canals and multiplied. They had driven with no fixed destination in mind, but leaving the city behind them—sometimes in sunshine, more often in rain or sleet or snow, water streaking the windows of the car, black leaves rising in a flurry around them. But the countryside had crept into the city year by year. With each trip they took, the number of vehicles on the roads had declined. At first it was Gran driving, Mina by her side—then, as the years went by, it was Mina who took the wheel, Gran who sat next to her, adjusting the old radio button or winding down the window to inhale the scent of earth and rain. They could not afford many such trips. Their last had been the year before Gran’s passing. With each journey Gran had shrunk and faded, and with each journey the vegetation grew brighter and more vibrant: it was as though the landscape consumed Gran by degrees.

It was always just the two of them. Never Mina’s parents, who had grown up with the modern urbanite’s instinctive loathing to cars, “That smell!” Mina’s mum would say, and wave her hand in the air as though it were cigarettes—a thing Mina saw in old films but never experienced. The trips were a bond between them, a shared peace. When Mina ran away, when she had relationship problems, school or later job anxieties, then she would go see Gran and Gran would take out the old Beetle and they would drive; just drive.

Now the road was empty. Mina had not seen a single driver anywhere, no other vehicle. The last time she had taken the old car out the M25 was still navigable, as long as she went slowly, but the vegetation had spread and taken it over. But there had been other cars then, in ones and twos, passing almost shyly alongside or in the opposite direction, and a banner proclaimed an enthusiasts’ club gathering the second Saturday of every month, but of course she never went. When Gran died the car passed on to her, and the garage. Such a strange space, a garage, a place for storing something as alien as a car.

“It gets better,” Gran said, one ride, a long time ago, her hands confident on the steering wheel, the motorway passing outside, bright green hills and a petrol station in the distance, shrouded by fog. Mina had run to her—she barely remembered why now. A relationship gone sour, or worries about exams. Something anyway that had seemed momentous at the time but then faded mostly from memory, like a crumpled page pressed smooth again. Mina had slumped in the passenger seat as Gran drove. They pulled into the petrol station and filled up, and Mina remembered standing there in the parking lot (even then it was all but empty), hot tea in their hands, and their breaths fogged in the air before them. Gran had said something, Mina couldn’t remember what it was now, but suddenly she had felt better, and she smiled. There was the smell of rain and fuel and wet jeans and hot milk: she had wanted to cup it in her hands forever.

“I heard petrol comes from dinosaurs,” Mina had said. “When they all died, they decomposed, and over millions of years what was left became oil.”

Gran had smiled and said she didn’t think that was true, dear, and wasn’t it bacteria? But that, anyway, one day soon it would all be gone. Mina had probably shrugged. It was just something to say. But now she thought about it again, all those dinosaurs, ambling down the M25 and into London, pterodactyls flying over Canary Wharf, their wings casting jagged shadows over the canals, and stegosaurus herds gathering all around the Shard, baying plaintively at the rising moon.

She rolled down the window. A woman across the street smiled at her and Mina smiled back instinctively, and stuck her hand out of the window. The air was warm and the wind played between her splayed fingers. She checked the meter. The petrol gauge was very low. She drove ahead towards the old City Airport. It had been converted into a water park a long time before, after the last plane departed, and now kids played on the slides and parents milled by the water with alternately proud and worried expressions.

There was one petrol station ahead, and she pulled in with a sense of something coming to an end. They must have known she was coming, had been alerted, for the sole attendant was waiting with the nozzle of the pipe, wearing a uniform pressed clean, and a band made up of local residents struck up a spirited if mismatched rendering of a popular tune. A few news reporters were already gathered when she stepped out of the car.

The attendant filled the tank and Mina watched the pump’s meter dial turn round slowly until it hit zero and stopped. This was it. The attendant accepted her money ceremoniously, everyone burst into cheer, the band struck a new song, and a reporter asked her what it felt like, to be the last.

Mina shrugged. For a moment she pictured her gran in the passenger seat, looking up at her, grinning. “The last what?” she said.

She got back in the car as behind her the attendant put up a ‘Closed’ notice and walked away. Nobody seemed to notice, or mind. Mina drove on, past City Airport and over the old bridge to Woolwich, and she kept going, towards Thamesmead, when the car finally stopped. She looked at the meter and there was no more fuel. Through the open window came the smell of the Thames and looking out she could see a herd of wild horses thundering through the marshlands, and a heron flying high against the clear sky. She smiled and got out of the car and left it there with the door open as she walked away. 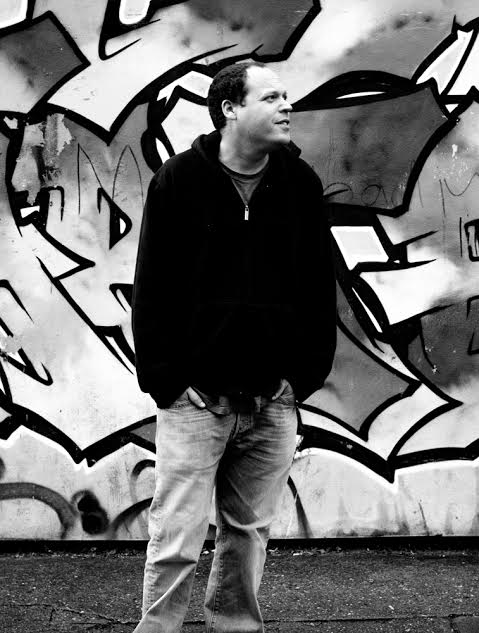 Lavie Tidhar is the author of A Man Lies Dreaming, The Violent Century and the World Fantasy Award winning Osama. His other works include the Bookman Histories trilogy, several novellas, two collections and a forthcoming comics mini-series, Adler. He currently lives in London.

2 thoughts on “The Last Dinosaur, by Lavie Tidhar”