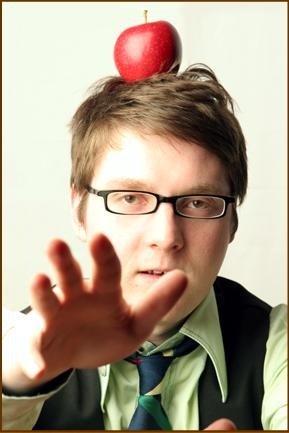 Monk has graced Shimmer‘s pages before with “What, Fireworks” in Issue #15. We welcome him back with a tale that is slightly more down to earth this time. Maybe…

Tell us how “The Street of the Green Elephant” came about.

“The Street of the Green Elephant” actually came about from another story I was working on in which a brother and sister flee from a city under siege. The story was told from the point of view of the brother, but I kept running into narrative walls writing it. One of the reasons for this, I think, is because Auw-da — the sister — kept stealing every scene. It became clear that she wanted to tell this story. So she did. Of course, the story became something different in Auw-da’s telling, but such is the nature of stories.

You traveled to Thailand last year; has this had an impact on your writing yet? If so, in what way?

You know, it’s probably a cliche to say I fell in love with Thailand, but I don’t care: I fell in love with Thailand. I don’t know that I consciously notice its impact in my writing – instead, I notice it in my daily life because I’m learning to read, write, and speak Thai – but going over some of the stories I’ve written in 2013, I can see its influence pretty clearly. A lot of my earlier stories were set in pseudo-European, American Midwest, or desert-like locales, but now many of them have changed to more tropical climes or are set specifically in Bangkok; I may or may not be working on a novel that shares similarities to current Thai politics; and I think reading Thai folktales is allowing me, bit by bit, to abandon any dependence I still have on traditional Western storytelling. I don’t know if it’s made a better writer, but it’s made a different one. That’s something, at least.

There are four. And one more. From 2013, I really loved A Natural History of Dragons: A Memoir by Lady Trent by Mari Brennan, A Stranger in Olondria by Sofia Samatar, Americanah by Chimamanda Ngozi Adichie and, if it isn’t kissing too much editorial butt here, I’ve been having a blast with Rings of Anubis: Gold & Glass by E. Catherine Tobler. I will also always recommend everyone read The Golden Age by Michal Ajvaz, translated by Andrew Oakland.

What’s in your iTunes/Spotify/8-track lately?

This year I fell in love with Lorde, Beyonce, Savages, and listened the hell out of the new My Bloody Valentine.

It is impossible to answer this question! Instead, I will tell you my favorite opening sentence of any book ever and, as it so happens, it belongs to Mr. Bradbury: “It was a pleasure to burn.”

One thought on “Shimmer 18 – Dustin Monk”