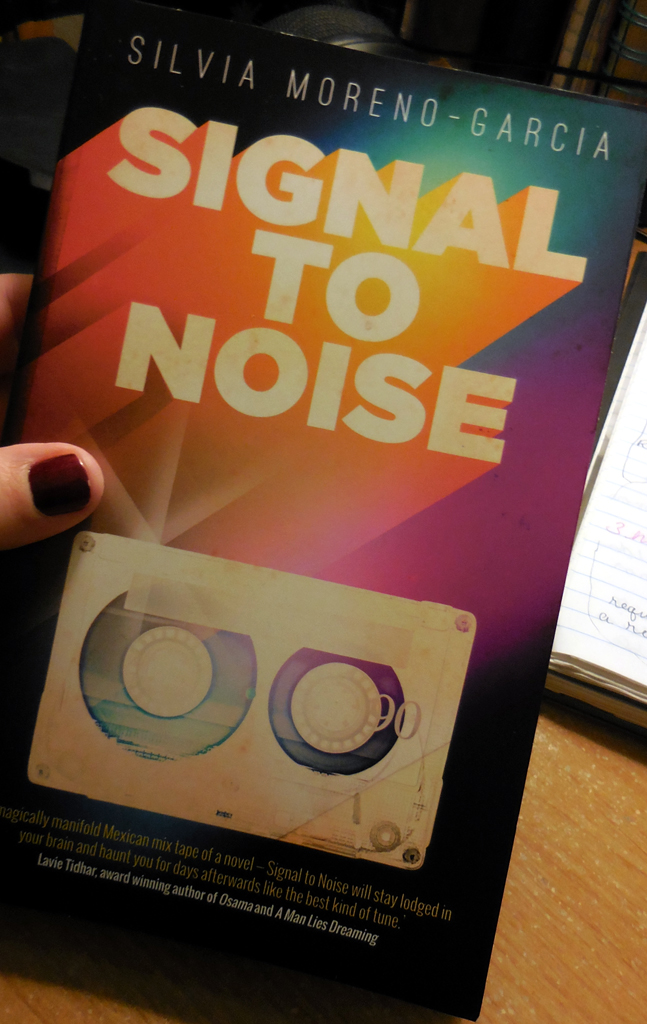 Silvia Moreno-Garcia has appeared in Shimmer three times and this winter, her debut novel, Signal to Noise arrives. Silvia was awesome enough to sit down with us to talk about books, Easy Bake Ovens, and the wonder that is “Take on Me” by a-ha.

Tell us how and when Signal to Noise began for you.

Not sure when. I’m terrible with dates. Probably three years ago. It started only with one scene, which is how I start everything. Adult Meche and Sebastian see each other across the street and it is raining. I know it sounds rather prosaic but I thought it was a very weighty moment and it lingered in my head. The rest of the book was an attempt to answer what they were doing there.

Let’s get the most obvious question out of the way first: does Signal to Noise have a mix tape? soundtrack? Do we have to wear our Vans to listen to it?

There’s an ‘official’ playlist that I made with about a dozen songs but a reviewer compiled all of the songs that appear in the novel. There’s a surprising amount of jazz in there. Also, that reviewer deserves major thanks for putting it together.

How did the structure of the novel develop? Was it always two interlaced timeframes?

Yeah, it always jumped back and forth in time. I think originally I was attempting to write a Young Adult novel but that didn’t work out. I don’t think I know what YA means. Or I’m not good with categories.

Write what you know, I say.

You write both short stories and novels; does one appeal to you more than the other?

I would rather write shorter than longer. I have a hard time focusing on a single project. I hate the fact that the 50,000 word novel is not so popular these days. I have a lot of old books which clock at around that point. I’m also not a series person. I cannot imagine reading book 9 of the 15 volume series A Very European Medieval Imaginary Land, much less writing it. With that said I write whatever length works best.

If we were to come visit you in British Colombia, what’s the most 80s place you could take us to?

The Movieland Arcade on Granville. It has only machines from the 80s and it feels like a dingy time capsule that was left behind, forgotten, between the shiny new glass buildings of Vancouver. This is also the home of the last of the 8mm peep shows. Pretty much the last place in North America where you can throw a quarter and see a few minutes of vintage, celluloid pornography. It’s one of my favourite places in Vancouver, though I’m sure they’ll bulldoze it and build a giant condo tower on top one day or the other. That’s what happens here. 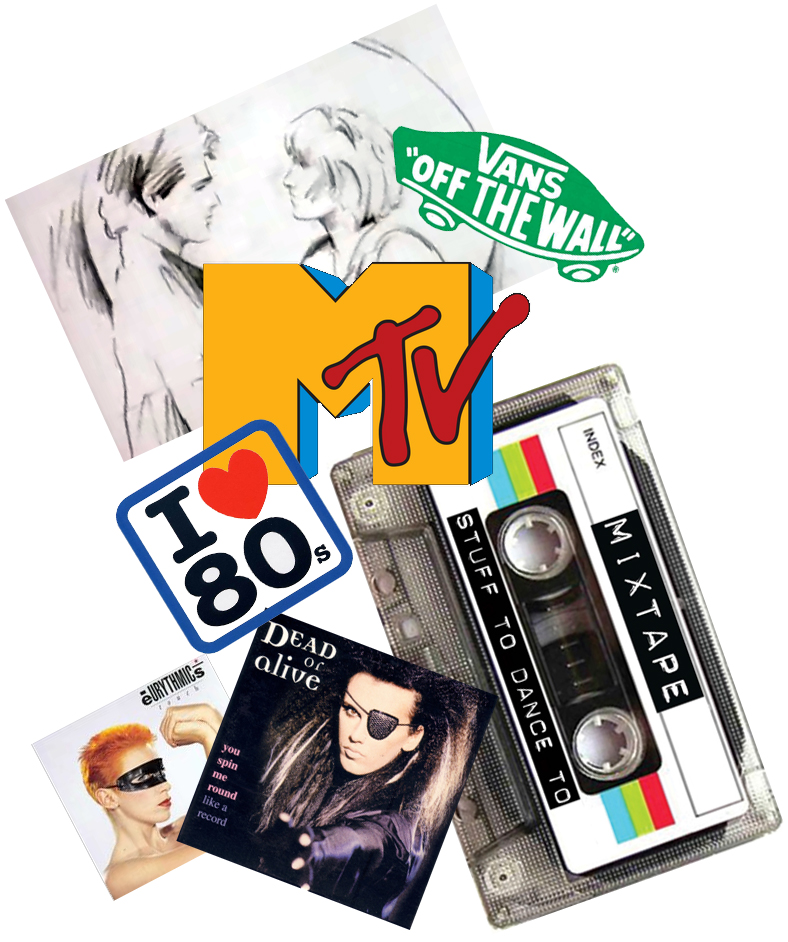 If Meche had to choose between the hair of anyone from the Thompson Twins, Whitney “How Will I Know” Houston, or Mike Score of Flock of Seagulls, who would she style herself after?

She’s probably too cool to imitate any popular hairstyles of the time period.

What would a Signal to Noise music video look like? Would it be styled like “Take On Me,” or maybe “Total Eclipse of the Heart,” or maybe even “How Will I Know.”

Good God. Maybe “Take On Me,” just because it’s the most awesome music video ever? But my memo to the artist when they asked about inspiration for the cover said to sit back and listen to “Total Eclipse of the Heart” and Duncan Dhu’s “En Algun Lugar,” so I guess I had “Total” on my head.

Favorite movies from the 80s, go.

Too many to name. Many did not age well though I was watching the 1980s version of Flash Gordon with my children the other night and they had a lot of fun. More super hero movies need a Queen-like soundtrack. I guarantee you the shitty Transformers franchise would benefit greatly if you played it with no dialogue, only Queen songs playing. It might become avant garde, even. 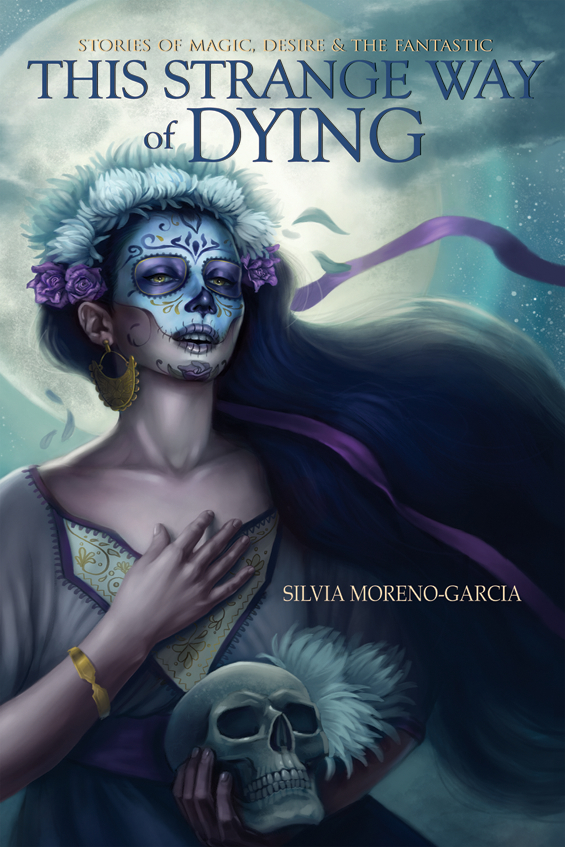 You have published and written a good many Lovecraft-themed stories and anthologies. What is it about Lovecraft that interests you, and does that influence your own work?

It varies. Right now his biological determinism but it’s not a constant state of affairs.

Tell us about a fabulous book you’ve read recently.

I’m not a good person to make recommendations. I liked Kraken Bake by Karen Dudley, which is the second book in a funny series set in Ancient Greece where gods and magical creatures are real. I call it Princess Bride meets Greek Mythology.

What do you have against Easy Bake Ovens? Will this hostility be resolved in a Signal to Noise sequel? If not, what’s next for you?

I can guarantee there will never be a Signal to Noise sequel. I hope we can sell Young Blood, my novel with Mexican vampire drug dealers. But that’s for my agent to figure out. I was working on a 1920s novel set in the Mexican northern border but I got to the point where I hate it and kicked it away to start work on something new that is called, for now, The Beautiful Ones, and takes place in a sort of alternate Belle Epoque.

As a postscript, I owned an Easy Bake Oven. It was the best toy a child can have. Now they make them with some kind of special lightbulb that takes forever to cook the cake, for safety reasons. But I say live a little.