In 2015, Fran Wilde’s Updraft hit shelves and went on to win the Andre Norton Award and the Crompton Crook Award, as well as be nominated for the Nebula. Next week, the series concludes with Horizon (and don’t let us forget the middle volume, Cloudbound, on the Locus Recommended Reading list!).

Fran was awesome enough to stop by and talk with us about the writing and feeding of a trilogy. (Did we mention her Shimmer story, “Only Their Shining Beauty Was Left” is a finalist for the WSFA Small Press Award? It is!)

Talk to us about the writing of a trilogy.

Announcer’s Voice: I thought I knew where the story was going, but I didn’t really, until I wrote it: The Writing of A Trilogy By Fran Wilde.

Seriously, though, a trilogy is an opportunity to really explore the evolution of issues – it’s a great chance to play in the world you’ve built. And – especially for me – it’s a chance to layer and expand and develop plotlines that I started in Updraft in the background. I really enjoyed that part.

Updraft was your first novel so does Horizon encompass the initial vision you had for the series and its world, or did it change as you wrote Updraft and Cloudbound?

It does, I believe! The progression of many things within the three books – including who gets to speak, who gets to lead, and what community means, was really important to me from the start. Also the progression of songs being inherited things turning into something one makes anew also was an initial theme. The progression of the skymouths and the bone eaters took me by surprise, as did some of the characters’ decisions. But I knew where I was going with the cities from the very beginning.

Did Kirit go where you expected, or were there surprises on the ground for you?

Writing Kirit – hah. There were a lot of surprises with her character! I liked that enormously, actually. I think when you build a character, and then they push back against the outline (ahem, for me that’s when the writing goes a lot slower) and kind of start deciding what they want to do in the narrative (I gave Kirit a free-form writing day-off to see what she’d do if she could do anything and she totally surprised me), then you may have a character with agency. It’s not convenient sometimes from a plot perspective, but it results in a lot of interesting turns.

Which came first: Kirit or the bone towers?

The towers! And Djonn (the artifex in Cloudbound), believe it or not! He’s in the very first story. And in the story that started everything, which was more of a world building document. Kirit and Nat came later.

Related, where do you begin when it comes to world building?

I begin with what fascinates and scares me most. In the case of the Bone Universe, I began with falling, and flying – which is sort of like failing to fall. Once I know what’s caught me up, I start researching and making lists of things I don’t know, and then I continue researching those things while I write.

You shared some of the research you did for this series on your blog–you flew in a wind tunnel! What was the most unexpected thing you learned in the course of your research for the trilogy?

The most unexpected things I learned were probably that echolocation works, but not exactly the way people outside the blind community think it does. The weirdest were the facts about lammergeiers – they rub their faces with clay to look fiercer, and they’re already huge and fierce. Also the different ways bone can smell. That was pretty weird. And cephalopods. So much weird there. And…

You have an MFA in poetry; how has poetry influenced your work, and do you have favorite poets we should look up after we finish this interview?

I think poetry has always influenced my writing – mostly the sounds of words hitting together and weaving together. I get very caught up in sounds. I still write poems, but they’re quick things that I post on Instagram now and then.

What is the worst piece of writing advice you’ve ever received?

“This isn’t good enough. You should stop working on this and start something new instead.” – from Past Me.

I am learning to not listen.

You have an affinity for fountain pens and ink. Do you have a favorite pen? A favorite ink?

YES I DO. I love TWSBI demonstrators. Except now I have more pens because people are lovely and are trying to educate me about them. My new favorite favorites are a Jinhao and a Boerer 8 Horses. Both fine nib.

My favorite inks right now are the really moody Sailors and iroshizukus, and the J. Herbin 1670s.

I’m not sure that ‘affinity’ is the most accurate word…. What’s the level up from that?

What came first, sketching or writing?

Writing was fir—no wait, it was sketchi—hmm. I’m not sure. I’ve always done both, usually together. I think it’s a pretty natural thing to draw and write at the same time… something we’ve lost due to the keyboard effect.

Cooking the Books is your blog about food in works of speculative fiction; do you have a favorite speculative food, a perhaps-fictional food that made you think “oh I want to go to there”?

I’m always interested in the coffee analogs – and the things people are willing to do for coffee and spices. So many foods in Aliette de Bodard’s worlds (she’s my Cooking the Books co-host, so maybe sometime we’ll get to cook together). I remember wondering what the foods in Alice and Wonderland tasted like, and how it felt to eat words in the Phantom Tollbooth, so it started pretty early.

While reading Updraft, I had a memory of reading the Pern books; for me, they share a sense of wonder and newness and strangeness and scope. And yes, flying! What authors/books do you remember loving in your childhood?

McCaffrey, for sure was a favorite, so that’s an honor you thought of Pern! The Ship Who Sang especially – Helva was my first and best ship. Natalie Babbitt (Tuck Everlasting), Norm Juster (The Phantom Tollbooth), Richard Adams (Watership Down). I had a copy of The Annotated Alice that I loved very much. And some very early science fiction…mostly out of Gardner Dozois’ Best Of collections.  Ursula K. Le Guinn’s Earthsea. Madeline L’Engle.

Has the world of 2016/2017 changed the way you approach writing, or the kind of content you’re creating?

I have discovered I write better and more honestly when I allow myself to be angry. 2016 & 2017 have provided plenty of opportunities for writing better.

I think so…. Maybe not everyone in the Bone Universe is ready to settle down yet, but I think Kirit’s pretty happy where she landed.

I’ve finished a middle grade novel that took me completely by surprise, and am working on the next two Gem Universe novellas for Tor.com as well as a number of short stories! 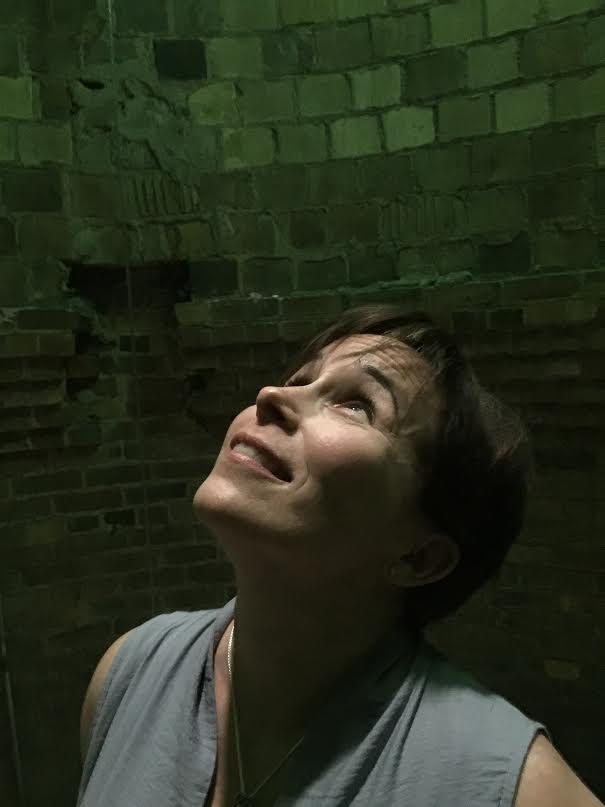 Fran, thank you so much for sharing your journey with us! Readers, grab Horizon if you haven’t already, and also be sure to check out Fran’s own interview with her cover artist Tommy Arnold — it contains sketches for the covers, and shows how author and artist work together to show you what you’re reading! Fran is also over at Scalzi’s The Big Idea today, so check that out, too.

Fran will be at Powell’s (Cedar Hills Crossing) to read and sign on October 18th.

Horizon can be found at: Amazon | B&N | IndieBound | Powell’s