E. Catherine Tobler was kind enough to interview me about The Ultra Fabulous Glitter Squadron Saves the World Again for the illustrious pages of Shimmer. In answering her questions, I touched on something on I wanted to expand on — female friendship. Luckily, Shimmer was kind enough to invite me back to blather on a bit more. So here we go.

In mainstream media, female friendship is disturbingly rare. Women tend to be relegated sidekick roles, love interests, or the damsel in distress, motivating the hero.

By now, everyone has likely heard of the Bechdel Test — the simple test that requires a book or movie to have at least two women share the page or screen and talk to each other about something other than relationships with men in order to pass. Failing the test frequently indicates that the women in question are props in a male-driven story; they have no lives of their own.

The lack of female friendships in mainstream media goes beyond failing the Bechdel Test. There’s also the problem of the Lone Exceptional Female. Black Widow in the Avengers is a prime example. As the only woman allowed in the boy’s club, she ends up carrying the entire weight of her gender (something cis-het-white-able-men are rarely asked to do). 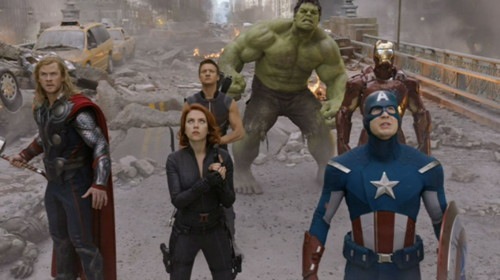 These problems are both symptoms of the prevailing sense in mainstream media that stories about men are the only ones worth telling. Women get to fit into whatever space is left over. It gets even worse when the women in question are trans women, women of color,  or anything that puts them further outside the “norm”. Because there is so little space, a sense of competition develops. To be included, you must be the right kind of woman. Play nice with the boys, support their story, punch down and out at each other and climb to the top of the heap.

A study by the Geena Davis Institute for Gender in Media showed that a group made up of 17% women is seen as being equal, and one made up of 33% women is seen as being female-dominated. Women’s stories aren’t normal, they aren’t universal, they take up so much more space than stories for everyone. If we start letting all those stories about women talking to each other into onto our pages and screens, how will we ever hear the men’s voices over the deafening cacophony? 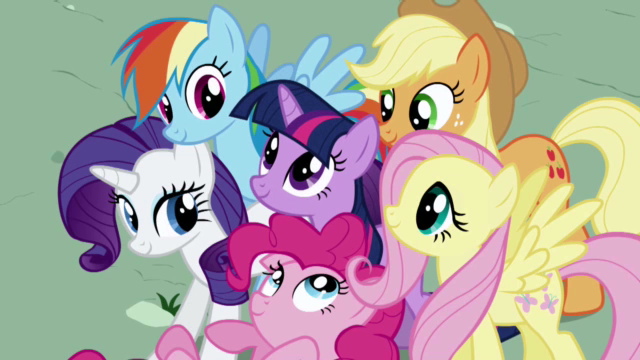 The culture is changing, but it’s a slow change. Still, there are some good examples out there. Parks and Recreation put the friendship between Anne Perkins and Leslie Knope  front and center; My Little Pony: Friendship is Magic is based entirely on the idea the ponies are stronger together; and Lumberjanes not only features an all-female cast, but an all-female creative team. One of my goals for The Ultra Fabulous Glitter Squadron Saves the World Again was to show that kind of female friendship. The members of the Glitter Squadron don’t always get along. They disagree, they fight, but under it all, they care deeply for each other. And they talk to each other. Occasionally it’s about relationships, but more often than not, it’s about saving the world.

In the spirit of the Ultra Fabulous Glitter Squadron’s friendship, I’ll leave you with a recipe from Sapphire’s Little Black Book of Cocktails, designed especially for my good friends, the Shimmer badgers. What better way to celebrate friendships of all sorts than with a drink?

Combine Viniq, honey vodka, and orange liquor in a cocktail shaker with ice. Shake well and strain into a champagne flute. Top with champagne and an orange twist. The perfect drink for celebrating shimmery deeds.

As I understand it, badgers eat just about anything that won’t kill them, and a few things that will – fruit, roots, hedgehogs, chickens, and even venomous snakes. They’re also fond of honey, so this cocktail pays homage to the spirit of the badger’s diet, without the more…interesting aspects of their culinary choices. I am not designing a cocktail that relies on hedgehog parts for its flair.

Bunny and the Shimmer badgers go way back. To be perfectly honest, I’m not entirely sure whether these badgers are actual honest-to-goodness, black and white, digging in the dirt animals, people, or some combination of both. What I can tell you is The Shimmer Badgers sounds like a hell of a band name. When Bunny first mentioned them, I assumed she was talking about the back-up band for the cabaret show she used to do. I overheard Es and Bunny talking once, accidentally, of course. A lady never eavesdrops. Something about ghosts and were-raptors, and sets leading to underground tunnel networks and pocket dimensions. When I asked, they exchanged a super secret look and clammed right up. Maybe if I load them up with a few more of these Shimmery Badger drinks they’ll spill the beans.

Don’t forget: Come get your Glitter Squadron name/drink! A.C. will be picking a random winner, who will get glittery swag! Contest closes Monday October 26.

A.C. Wise hails from the land of poutine (Montreal) and currently resides in the land of cheesesteaks (Philadelphia). Her fiction has appeared in previous issues of Shimmer, Clarkesworld, Lightspeed, and the Best Horror of the Year Vol. 4, among other publications. In addition to her writing, she co-edits Unlikely Story. You can find her online at www.acwise.net and on twitter as @ac_wise. The Ultra Fabulous Glitter Squadron Saves the World Again is available NOW from Lethe Press, and be sure to visit Shimmer #28 for “Even In This Skin,” her newest Shimmer story.